Yes, you read it right, Lebanon.

The country’s name may be filled throughout the media for all the wrong reasons, but during the summer time it is Heaven on Earth for most of us.

The following are my personal favourite beach resorts and bars scattered across small, yet beautiful country. It is because of destinations like these that help Lebanon in regaining it’s once proclaimed title: “Paris of the Middle East” and be known for all right reasons!

My favourite place in the whole of Lebanon, and has been for several years now. From the fresh seafood and Middle Eastern cuisine, to sipping on an Almaza listening to the waves crashing against the pebbled shore with Bob Marley being played in the background, I just cannot get enough of this place. 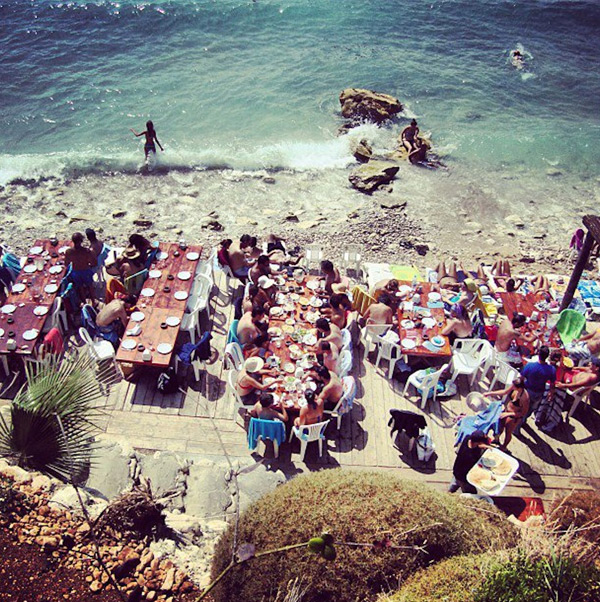 Located around half an hour south of Beirut, is this gem of a resort. In associated with Iris Beirut (a solid rooftop bar), Iris Beach Club delivers some of the greatest beach parties over the weekend, which makes the journey to the resort all worth while. Sip on cocktails from hollow watermelons and pineapples, while you fist pump continuously to deep hours music. There is an entry fee and drinks are a little expensive, but it’s a must see in Lebanon.

Yes, it’s a little dead, I know. That’s because we decided to pay Orchid a visit on a Monday, the day after their killer beach parties. GREAT! We didn’t have time to pay Orchid a second visit but I will sure be here this coming summer. On a Monday.
This place is huge though. The majority of the area is either covered with beach beds or private jacuzzis. Drinks, food and the entry fee were all priced regularly, but then again, we came on a Monday. I’ll let you guys know how prices are when we hit Orchid on a Sunday. One of the new kids on the Jbeil strip, C-Flow known how to deliver one hell of a party on Saturdays. Again, we missed the memo as you can see above. So if you do visit on a Saturday and want to spend a little more for exclusivity, you can book your own jacuzzi, which comes with a complimentary bottle of Moët & Chandon. The pool/beach parties at Riviera resemble those held in Las Vegas or Ibiza as opposed to an Arab country. You’ll find everything here, from barbie-doll, silicon injected women to puffed up guys with stick figure legs. But it’s good, real good. The music, atmosphere created, food delivered and drinks poured all phase out the negativity I mentioned earlier.
From memory, entry was 50,000L. You can also hire jet skis on the beach, just be careful not to crash them or you’ll be paying an arm and a leg to the owners. 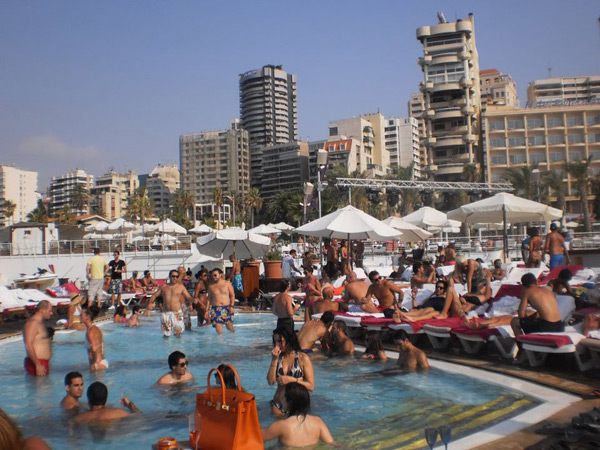 This place was the place to be in Lebanon a couple years ago, then fame stepped in and ruined everything. Déjà vu for some hollywood personnels. Back in the day they held (in my eyes) the greatest pool parties across the country. The resort is still great, but the water/sand quality is atrocious. So if you do visit Edde Sands, stay clear of the beach. Though, with all the partygoers heading to different resorts, the door opened for families and young children to take advantage of the quiet and peaceful atmosphere at the resort. 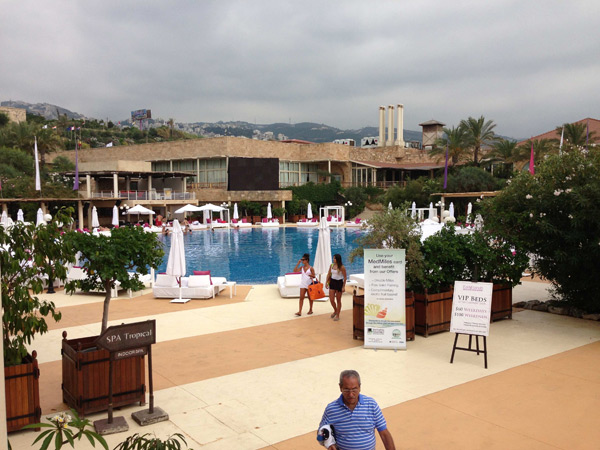 Every June, a group of Sydney based promoters, singers and DJs head to Cyan and throw one killer of a party known as “Bondi @ Cyan”. As the title suggests, every Australian in the country during that time, heads to the Cyan Beach Resort for a crazy night filled with vodka, fist pumps and fireworks. Other than that, the majority of people who books rooms at Cyan are Australia. So if you want to bump into familiar faces, you now know where to head. 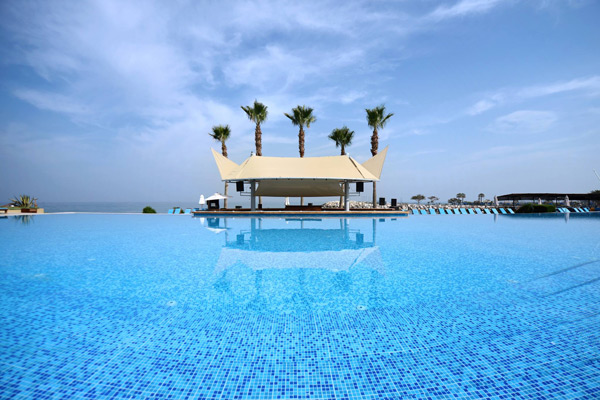 One of my favourite luxury resorts in Lebanon. Located approximately 2,000 metres above sea level, Le Montagnou is one of the mist spectacular resorts you will find in the country. Slap on that carrot oil and relax to chilled jazz/lounge music being played in the background. Catering for more of an upperclass clientel, it is a little pricey, but well worth the extra dollar. Finally, if you do spend the majority of your day there,, which I’m sure you will, head up to Rikky’z for dunner and witness a magnificent sunset. A newbie in Jounieh, VEER in my personal opinion, has to be the cleanest resort in Kaslik. Maybe that’s just because it’s brand new. Nevertheless, the place is amazing. With a 360 degree bar smack bang in the middle of the pool, you’ll never be short of a drink.
Now to my favourite part of VEER. These guys can offer you one of four three-story villas, which comes with your own private jacuzzi, endless supply of food and drink, all served to you by your own personal waiter, for just $800. Come to pappa! 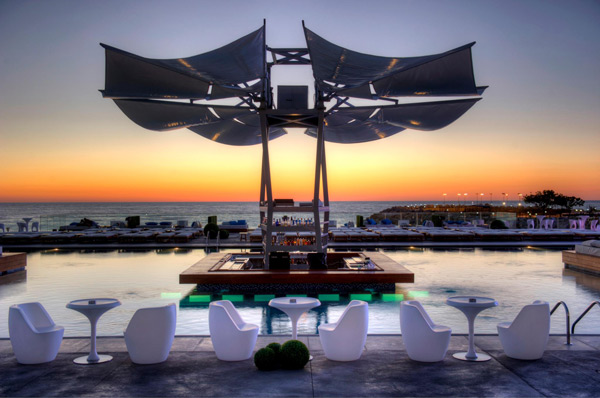 Not the poshiest place in Lebanon, but most definitely one of the cleanest. Bonita Bay has been around for years and neighbours my favourite beach bar, Pierre & Friends. The food here is unbelievable as well. Only downside is the presence of an entry fee, when P&F is free (way to attract people).

So, if you’re ever in Lebanon during the months of June or July, drop me an email and I’ll be more than happy to show you around! 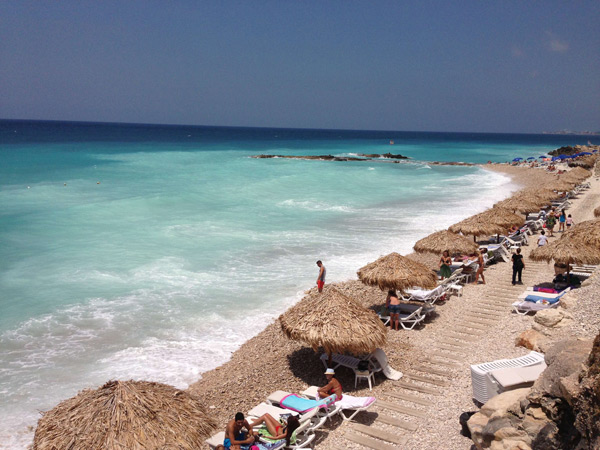