Apparently, ain’t no mountain high enough for little Issa. A group of seven hero mountaineers just reached the highest European summit to raise funds as part of a Dubai-based initiative called Climb for Cancer for 9-year-old Issa from Tyr, Lebanon. Issa was diagnosed with leukaemia last year and is currently fighting against the disease at the Children’s Cancer Center of Lebanon. While the climbers trekked, donations were pouring. 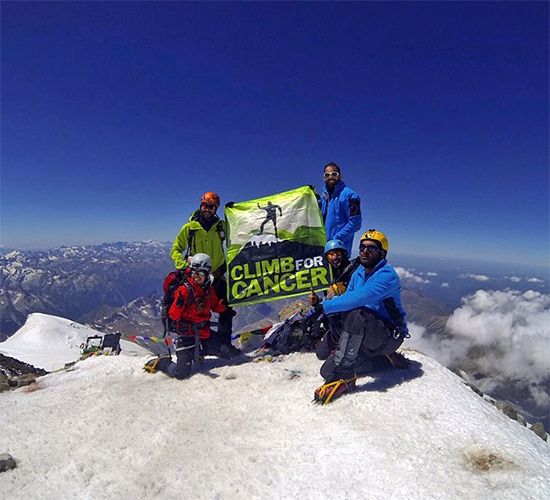 The climbers reached the peak of Mount Elbrus in the Caucasus Mountains in Russia Saturday and are now wrapping up the trip and heading back home. Ali Abbas, Joanne Hayek, Karam Barnaba, Mustapha Mroueh, Oscar Asly, Haytham Zoghbi, and Jose Abi Nassif raised flags for Climb for Cancer, the Children’s Cancer Center of Lebanon and the Lebanese flag at the top of the peak, achieving their goal and bringing Issa closer to his.

All seven are volunteers that lead very corporate lives by day, and in their off time are avid adventurers. The group divided to conquer, splitting into two teams to climb each of the mountain’s two 5.6-kilometer peaks. The entire journey was scheduled to take 12 days, and lots of endurance, but the group had the collective experience to climb Mount Elbrus, the 10th most prominent in the world. 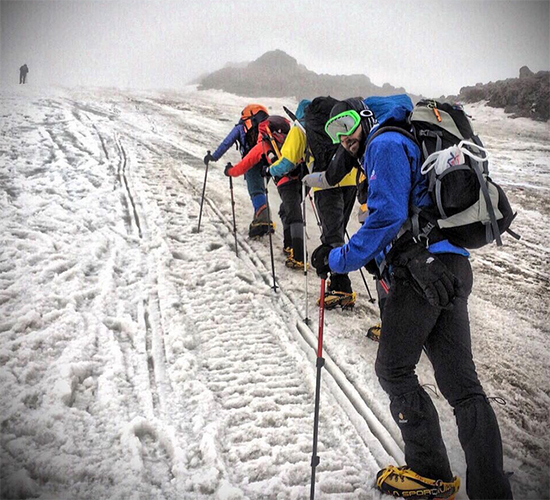 This isn’t the first mission of its kind for Climb for Cancer. The self-explanatory initiative gathers volunteers to climb the world’s highest peaks to raise money for the treatment of cancer. In fact, the organization has already raised $600,000 for charity since its inception in 2009, treating nine patients.

Congratulations to the entire Climb for Cancer team from StepFeed, and for those of you who wish to donate more to Issa’s cause you can do it here.