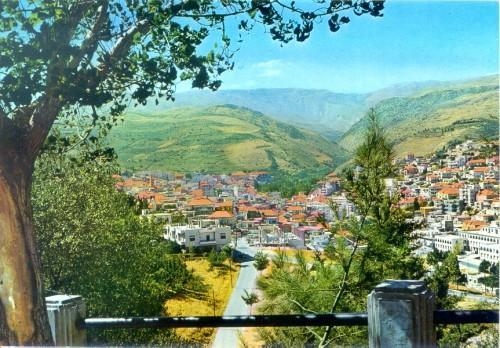 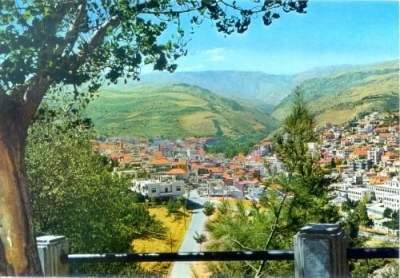 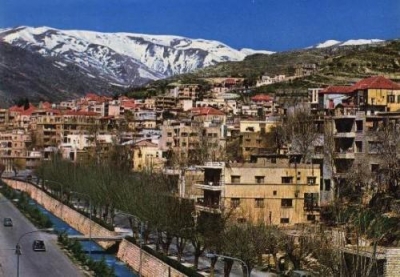 The Bride of the Beqaa

A red-roofed town set among the eastern foothills of Mount Sannine, Zahle enjoys a prime location in the Beqaa valley. Snowcapped mountains tower above it in winter, while in summer its 945 meter elevation keeps the air light and dry.

The city center spreads along both banks of the Berdawni River, with the older section of the upper elevations of the west bank. At the northern end of town is the Bardouni river valley known as Wadi el-Aarayesh (Grape Vine Valley) - the site of Zahle’s famous outdoor restaurants.

Zahle styles itself “The city of Wine and poetry”, and with good reason. In this century alone some 50 poets and writers were born here and almost as many excellent wines and araks have been produced in the area.

The romance of wine and poetry is balanced by Zahle’s more business like position as the administrative and commercial capital of the Beqaa valley (42.27% of Lebanon’s territory) as well as its rank as the country’s third largest city (population 150,000). Zahle is also an agricultural town which produces vegetables, fruit, grains and most importantly, grapes.

Tucked away from Lebanon’s busy coastal centers, the people of Zahle have developed their own brand of individualism and way of doing things. Even their spoken Arabic has a particular flair. The city’s reputation for intellectual vigor comes from a long line of writers, thinkers and poets who have contributed to Lebanon’s cultural and political scene.

Zahle was founded about 300 years ago in an area whose past reaches back some five millennia. In the early 18th century the new town was divided into three separate quarters, each of which had its own governor.

The city enjoyed a brief period as the region’s first independent state in the 19th century when it had its own flag and anthem.

Zahle was burned in 1777 and 1791, and it was burned and plundered in 1860. But during the rule of the Mutasarrifiah, Zahle began to regain its prosperity. The railroad line which came through in 1885 improved commerce and town became the internal “port” of the Beqaa and Syria. It was also the center of agriculture and trade between Beirut and Damascus, Mosul, and Baghdad.

Considered the birthplace of the Lebanese army, Zahle has played a major role in the political life of the country.

The Bardouni is a river that flows out of Mt. Sannine and down through Zahle. It is also a name synonymous with Lebanon’s famous mezze and the delights of outdoor dining.

The Bardouni restaurant tradition began over a hundred years ago with a few simple riverside cafes. Today it is a virtual bazaar of tree-shaded eating places known as “casinos”, every one more inviting than the next. Not surprisingly, competition is fierce, so each establishment outdoes itself with fountains, pools, and cooling shade to tempt potential customers.

Here you can enjoy the traditional Lebanese mezze as it is served nowhere else. To add to the sense of timelessness, delicious mountain bread is baked before your eyes and a man in baggy trousers and fez is on hand to pour Lebanese coffee. He can also provide diners with a hubble-bubble (water pipe).

On the cliffs above the Bardouni are the restaurants of Kaa el Reem, also known for their excellent food and atmosphere.

Zahle’s association with the grape is pervasive, for it lies at the heart of an area that has been making wine since early antiquity. At the city’s southern entrance the statue of a graceful female personifies wine and poetry, but you don’t have to look far to see evidence of the real thing. The hills north of town with names like Wadi Hadi, Harqat, Bir Ghazour and Tell Zeina are covered with the neat rows of vineyards that supply Zahle’s wine and arak industries.
Many of the wines have been formally recognized abroad for their fine quality - equal to some of the best in Europe.

A tour of Zahle’s Ksara winery is a good way to see how wine and arak are made. Of special interest here are the extensive underground caves built around a natural grotto known and enlarged by the Romans.

A well put together history of this area. You can smell the food and welcoming people of the region. Would love to see more detailed descriptions of Lebanon.