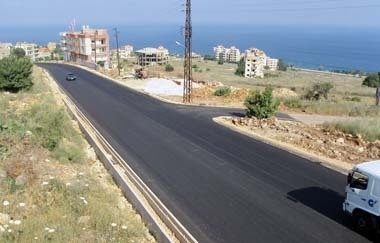 The World Bank said Tuesday it has earmarked $200 million for repairing Lebanon's unsafe roads, signaling a resumption of international aid months after the election of a president following two and a half years of political vacuum in the country.

The international lender said in a statement that the funds will be used to repair around 500 kilometers of roads in the first phase of a broader government plan "to revamp the country's crumbling road sector."

It said the Roads and Employment Project was approved Monday by its board of directors.

Ferid Belhaj, the World Bank's Middle East director, said the project would "help Lebanon continue to offer basic services both to its citizens and to Syrian refugees in the country."

Lebanon is home to some 1.2 million Syrian refugees, the equivalent of a quarter of its own population.

Hundreds of millions of dollars in assistance money from the World Bank was held up as Lebanon's long-feuding parties failed to agree on a president for more than two years. In October, the parliament was finally able to elect Free Patriotic Movement founder Michel Aoun as president.