Will hosts Lebanon finish among the top 5 teams at China's expense? 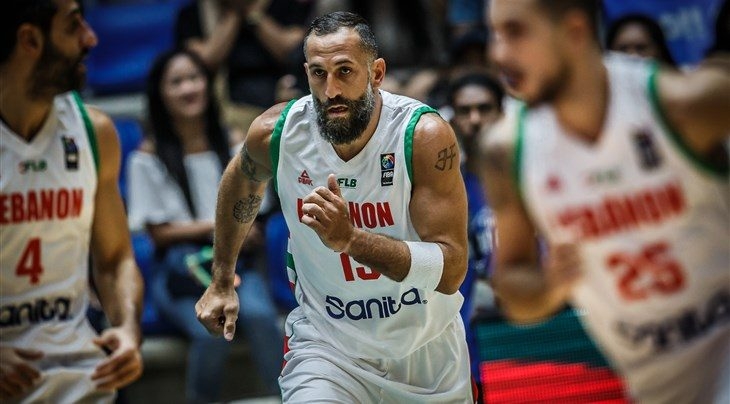 BEIRUT (FIBA Asia Cup 2017) - Lebanon are coming off a decisive win last night and will pull out all the stops to ensure they end the FIBA Asia Cup 2017 on a bright note and finish among the top five.

Standing in the hosts' way are the Chinese, who, despite being inconsistent throughout the tournament, still have a shot at being in the top five if they can finish their campaign strong against the Cedars. To beat China, Lebanon will need to show the same amount of verve that they did against the Philippines, and that means relying heavily on living legend Fadi El Khatib once again. This may as well be El Khatib's final FIBA Asia Cup game, and there's no better way to go out than winning in front of your own fans.

Key Matchups: The big men of both teams came up huge in their latest wins, and their matchup will be crucial in determining who prevails here. For the fourth straight game, Han Dejun was solid for China with 13 points and 7 rebounds, and he will need to put up similar numbers again here for the Chinese to notch their fifth win. It will be easier said than done, though, as Lebanon's naturalized player Norvel Pelle will be tough to handle. Pelle is coming off his best game in the tournament so far, scoring 23 points, grabbing 13 rebounds and blocking 9 shots against the Philippines. If Pelle's length and athleticism will prove to be too much for Han, China could be in hot water.

Key Stats: One element that really worked in Lebanon's favor last night was their transition attack. The Lebanese got out on the break nearly every chance they had, and they made the slow-moving Filipino defense pay dearly. That is something they need to do again here against a Chinese team that is not known for their transition game. If China cannot find a way to slow Lebanon's fastbreak attack down, the East Asians will probably find themselves on the flat of their backs.