What Lies Beneath The Cedars

Bookmark this
September 14, 2016 By Nigel Gladstone 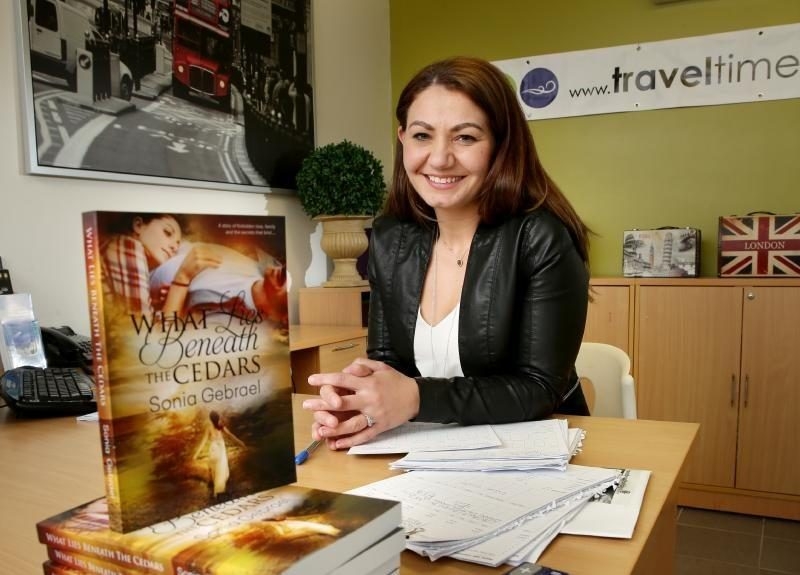 It’s never too late to chase a dream, even if you’ve turned 40, work fulltime, own a business, and have three kids under 10 — Thornleigh’s Sonia Gebrael is proof of the possible.

Ms Gebrael took a year to write — at night and in between children’s activities — her first novel, What Lies Beneath The Cedars.

“A lot of people as they grow up feel the ship’s sailed on their dreams and now you have to live through your kids, and as mums we lose ourselves in support of our kids,’’ Ms Gebrael. “If your dreams were not encouraged it’s easy to feel they were not for us and all gone.’’

Despite her many commitments she managed to finish the book in a year and has sold hundreds of copies already.

“I did a community college writing course and that opened pandora’s box.

“In between kids activities instead of looking at my phone I wrote and took a pen and paper during the day where I had a spare hour here and there,” she said.

“I run a Travel Time business (in Thornleigh), it was really taxing but the writing bit was an outlet. People can’t believe I run a full time business and write. It didn’t take long to find time in the day.’’


The sequel to her drama about a young Lebanese woman in rural Australia trying to make a life for herself while respecting her family and their traditions will “hopefully” be released in 2017.

“It was important for me to show Lebanese in a good light, it’s understanding our choices in an empathetic way rather than a bashing,” she said.

“I was the daughter of a first generation Lebanese migrant that came 50 years ago and as my age group were growing up there was a cultural divide,” the author said.

“Cross culture relationships were not encouraged.”

The work is semi-autobiographical and helped her get through a difficult time in her life when she was questioning her choices.

“What’s touched me is the people who tell me I’ve inspired them to chase a dream,’’ she said.

What Lies Beneath the Cedars is the story of 26-year-old Lucy, the daughter of a first generation Australian-Lebanese living in rural Australia.

She meets Rhys, an Aussie mechanic who is scarred by a traumatic childhood.