U.S. Denies Lebanon, Other Nations to be Added to New Travel Ban 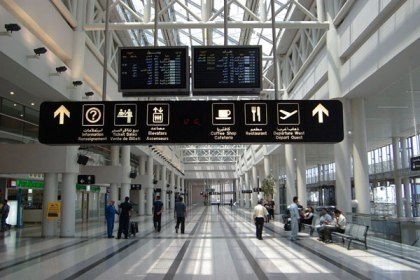 The United States has denied reports claiming that seven countries including Lebanon will soon be added to a new travel ban list.

An Executive Order recently signed by U.S. President Donald Trump had imposed a 90-day pause on the entry into the United States of nationals from Iraq, Syria, Sudan, Iran, Somalia, Libya, and Yemen.

A statement issued by the U.S. Department of Homeland Security has emphasized that "these seven countries are the only countries to which the pause on entry applies."

"No other countries face such treatment. Nor have any other countries been identified as warranting future inclusion at this time, contrary to false reports," the statement said.

A pro-Trump website had claimed that seven new countries, including Lebanon, could be added to a list of countries where travelers are banned from traveling to the United States.

The sources had clarified that the reports still need to be officially confirmed.

Trump's order last week sparked protests nationwide and confusion at airports as some travelers were detained. The White House has argued that it will make the country safer.

A U.S. judge on Friday imposed a nationwide hold on Trump's ban on travelers and immigrants, siding with two states that had challenged the executive order that has launched legal battles across the country.