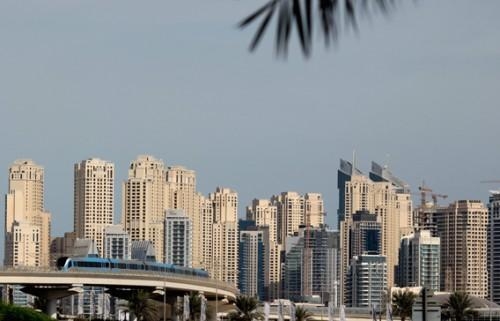 Dramatic rent declines in the UAE have made expat living much more affordable in the country.

Dubai, which was No 12 in the world last year in terms of most expensive cities in the world for expat living, now ranking No 31st in the EuroCost International’s Worldwide City Ranking 2010 for Expat Rent Prices.

The agency points out that cities like Dubai, Beijing or Shanghai are no longer in the top 20 this year. “In Dubai, spectacular decreases have been registered for expat rents in 2009,” it says.

“On the other hand cities like Beirut, Sydney or Rio have risen up the ranking and are now among the 20 most expensive places in the world,” it adds.

Beirut (10th) appears for the first time in the top 20, pushed up by the real estate speculation that has generated a strong increase of high quality housing.

Beirut is now the most expensive city in the Middle East, just before Abu Dhabi (No 12) where expat rents have well decreased in 2009. Abu Dhabi was No 11 last year.

“Price decrease has been even more spectacular in Dubai where decreases up to 30-50 per cent have been registered according to the type of housing.”

Ecomagination from GE – with innovation, there will be more clean water for everyone

Although expat housing conditions can vary a lot from one country to another, EuroCost International publishes a yearly worldwide ranking based on a specific type of housing.

For the latest survey, the Luxembourg-based agency considered 2- and 3-bedroom flats (average prices converted in euros, reference date December 2009) and reported a number of marked changes in the findings of 2010 worldwide ranking of expat rent.

The agency attributes these changes to two main reasons. One, the housing crisis has differently affected the various locations worldwide.

In many countries, rents have decreased in 2009, which has been quite an exception for the last few years.

Some markets have however better resisted the crisis and in some countries, expat rents have remained stable or have even increased.

The other reason is that the exchange rates have highly fluctuated in 2009. Therefore, rent price evolution might have been very different in euros and in local currency.

Even if prices have fluctuated differently in the nine top cities, the rankings are quite similar to last year’s, EuroCost highlights. Tokyo has maintained its top position of the ranking that it had recovered last year with the strengthening of the yen.

London (2nd) and Hong Kong (3rd) have switched their 2009 places. They remain very expensive for expats although prices have well decreased in both of them.
Moscow (4th) has maintained its previous ranking. Luanda (5th), most expensive African city, has gone one up.

Mumbai (6th) is down one place as a result of falling prices, particularly in early 2009. Some expat areas have however better resisted the crisis than others, thus limiting the global decrease.

New York (7th), Osaka (8th) and Singapore (9th) have maintained their 2009 positions, but the gap between New York and Osaka has reduced due to the decrease in New York (Manhattan) prices.

Paris, third most expensive city in Europe, ranks in 11th position. It has not suffered from the housing crisis and therefore rose up two places.

Paris is not the only European city to rise up the ranking. Amsterdam has risen up from 15th to 13th, and Geneva from 18th to 15th.

Kiev has seriously suffered from the international crisis and has fallen from 10th to 17th position this year.

Although it has suffered from the housing crisis, San Francisco remains in the top 20, falling from 14th to 16th position. It still remains the second US rental market after New York.

Here is the 20 most expensive places in the world.