The Sensational Architecture of the Strangest Village in Lebanon

Bookmark this
August 08, 2015 By Laurence Cornet Follow the road meandering through endless olive tree fields. Ask for directions again and again from old men chatting on the side of the road at an Abi Nasr cafe. Make a detour through Ehden, and you'll reach what looks on first sight like a typical town in northern Lebanon.

Across the welcome sign at the entrance of Miziara stands a life-size nativity scene with a hundred or more figures. Barely half a mile away, the panorama becomes even more surreal—there are a few extravagant examples of megalomaniacal architecture in California, but none competes with those one finds in Miziara. 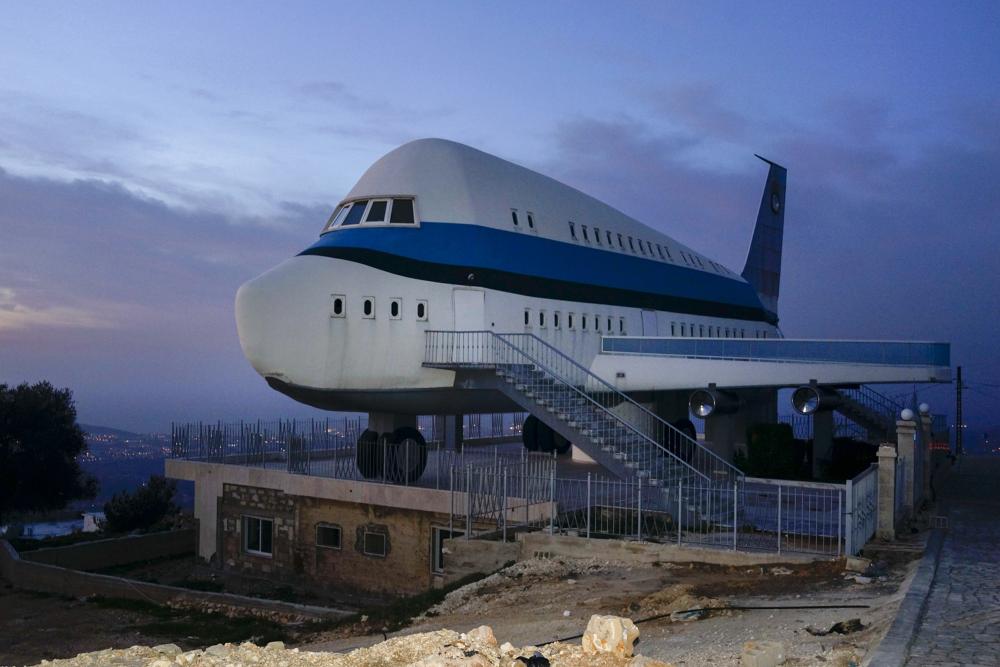 Built in 1975, the most flamboyant of all local buildings is the Airplane House. Two floors, 30 portholes on each side, a short and roundish nose cone, two reactors on each wing; it's a detailed copy of an Airbus A380, until you get to the tail—the circle of stars of the European Union's flag has been transformed into a small window hosting a statue of the Virgin Mary.

Up the dirt road sits in state what promises to be a proper Greek temple slowly taking shape amid piles of wide marble stones waiting to be cut and installed. Next door, another undaunted architect has assembled towers of all shapes and sizes in a habitat-like structure that looks made out of random Lego pieces.

"People like to do something different, and they have the power to. So they just do it," says Miziara resident Joseph Chagoury when asked to explain how this modest Christian village turned into a touristic curiosity. His brother built another of Miziara's wonders down the hill in the 90s, referred to as the "Pyramid House," for reasons you can probably guess. Chagoury's own construction project was a relatively conventional, though luxurious, hotel. He's also one of the town's biggest boosters. "We are in love with Miziara," he says. "Everyone is from here, so we are expanding but not changing the soul and face of Miziara. It's progress." 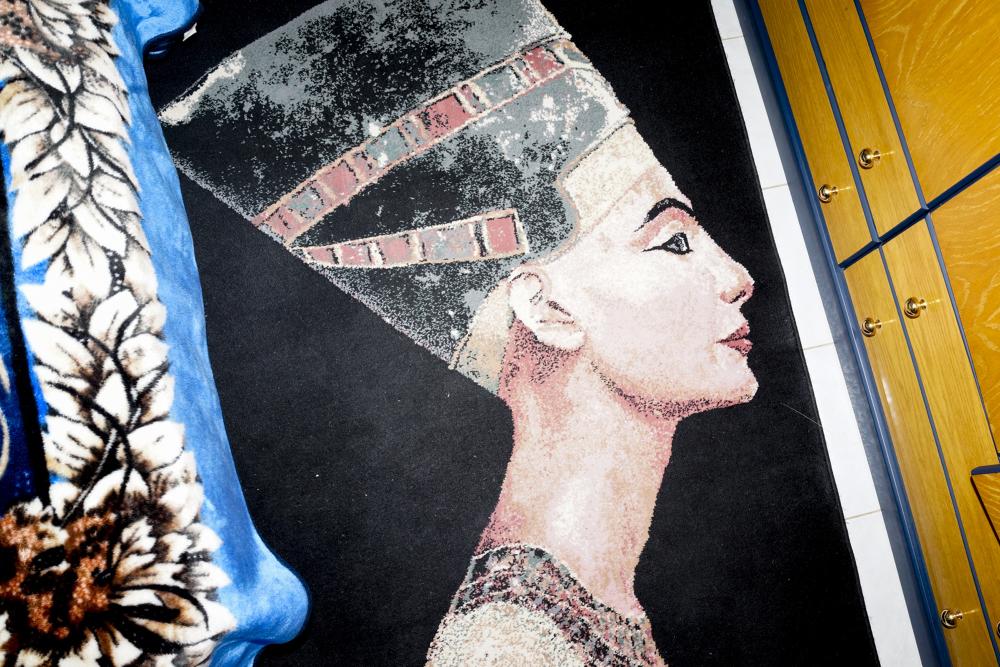 Architecture is a hobby only the wealthy can play at, and these structures would be impossible without a few extremely well-off residents. A relative of Joseph's, Gilbert Chagoury, is probably the most famous figure connected to the village—he made hundreds of millions of dollars in Nigeria during the 90s, allegedly through corruption schemes. Today his shadow looms large over the town: A 2010Frontlinestory said that "most Miziarans old enough to work are employed by the Chagourys in Nigeria" nine months out of the year, and the most ostentatious homes are set along Nigeria Avenue.

Some of the Miziarans who venture out of the country don't come back, which is why Joseph Chagoury has started to offer money to second- or third-generation emigrants to return to the village, discover their culture, and apply for Lebanese citizenship. In the meantime, he advocates for the development of tourist-friendly attractions that would make Miziara a destination for foreign travelers. He tells me that the village recently secured money from the government to expand, which probably means there will be more bizarre structures shooting up out of the ground soon. 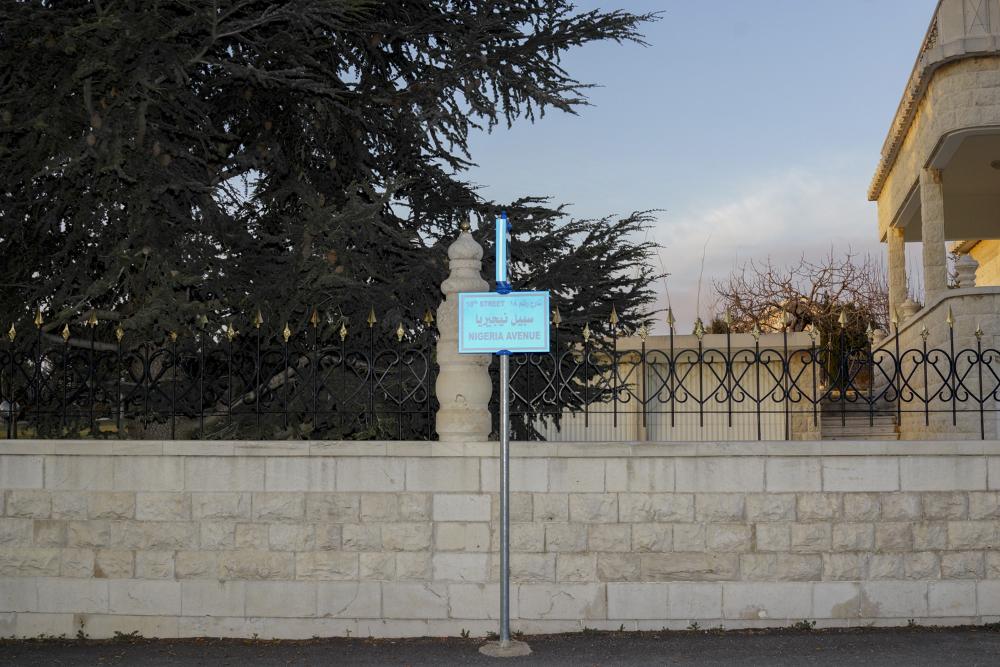 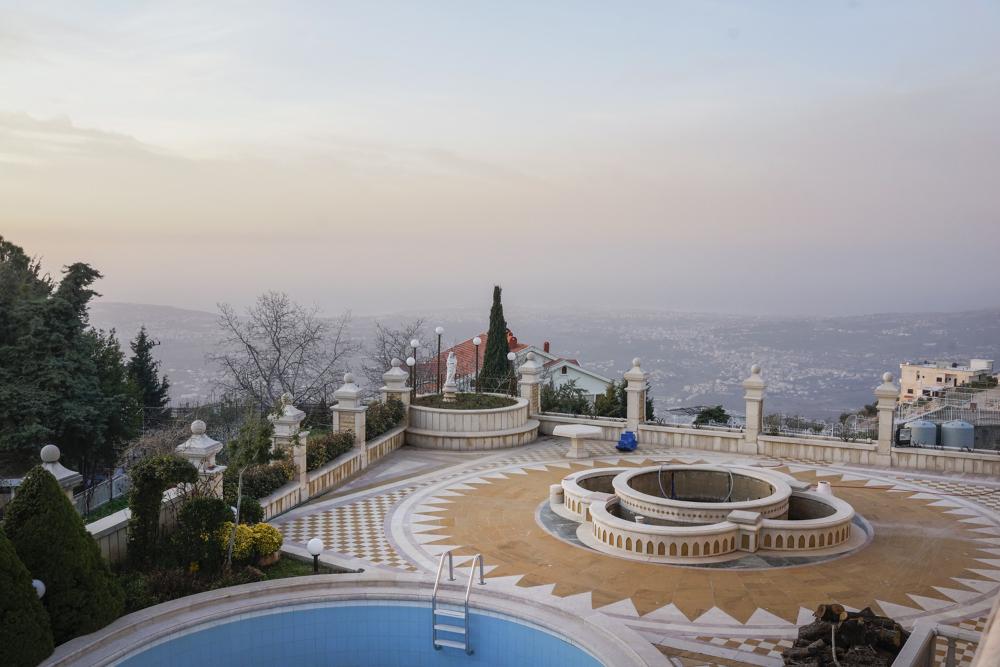 A private pool under construction 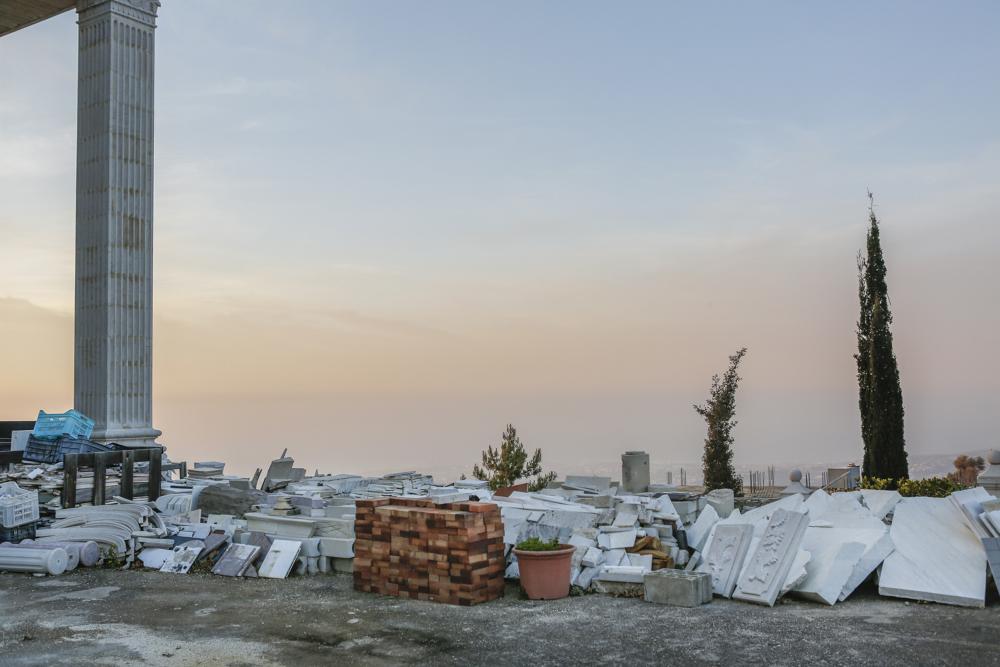 The Airplane House seen from a distance 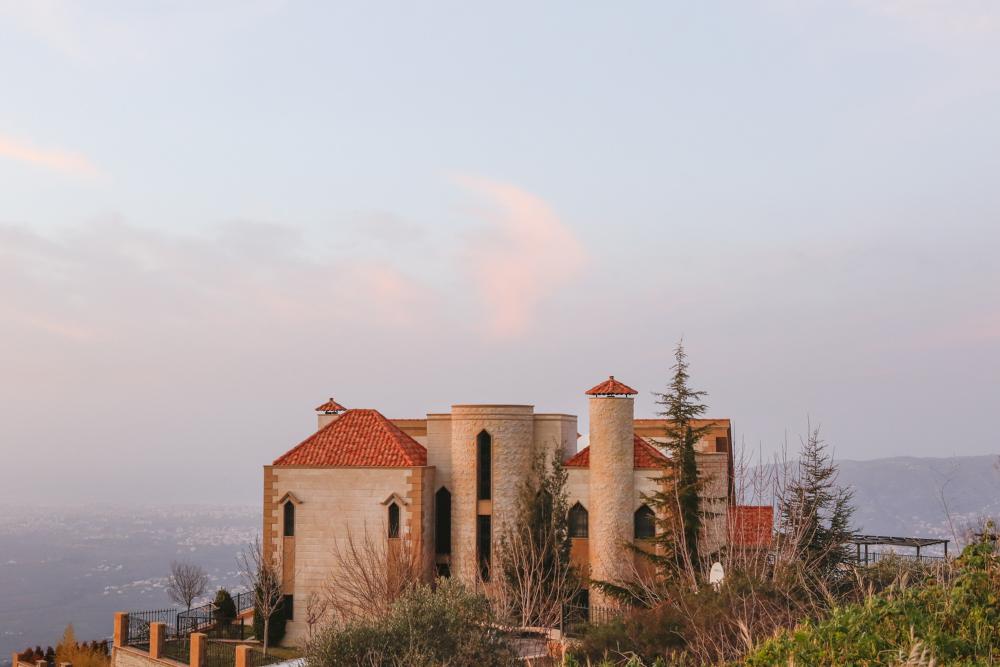 A private basketball court in the backyard of the Pyramid House The dining room inside the Pyramid House A fountain with a statue of the Virgin Mary The tail of the Airplane House, host to a statue of the Virgin Mary