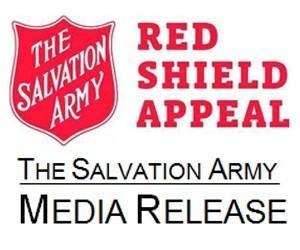 LAUNCH OF RED SHIELD APPEAL TO MULTICULTURAL COMMUNITIES AND MEDIA TUESDAY 17 MAY, 2011

In her address, Senator Lundy gave special mention to the various representatives of the ethnic media that attended, respected community leaders, presenters and organisers of the event; Mr. Joseph Assaf – who incidentally has been personally supporting this important initiative for over 15 years – and Multicall Pty Ltd.

This year, the launch event was held at one of Sydney’s most picturesque settings, in one of the private function rooms of Le Montage – just one of the five-star venues operated by the Navarra Group. This was offered as a gesture of great generosity and support by the family and management of the Navarra Group.

The national target for this year’s Red Shield Appeal is $79 million.  The doorknock, which is a major part of the campaign, will be held on the weekend of 28-29 May.

“The demand for our services is only increasing, with many disadvantaged families being impacted by the rising cost of living.

“Furthermore, an unprecedented run of natural disasters this year has placed a tremendous demand upon Salvation Army services.

“Meanwhile, each day, many Australians face personal disasters such as homelessness, financial hardship, violence in the family, suicide bereavement and unemployment. We’re asking the Australian community to again give generously in support of the Red Shield Appeal so we can keep supporting those who face such daily challenges,” said Major Winterburn.

The Salvation Army, as part of the Universal Christian Church, aims to meet human need wherever it occurs, without discrimination.

For further information regarding The Salvation Army, visit salvos.org.au