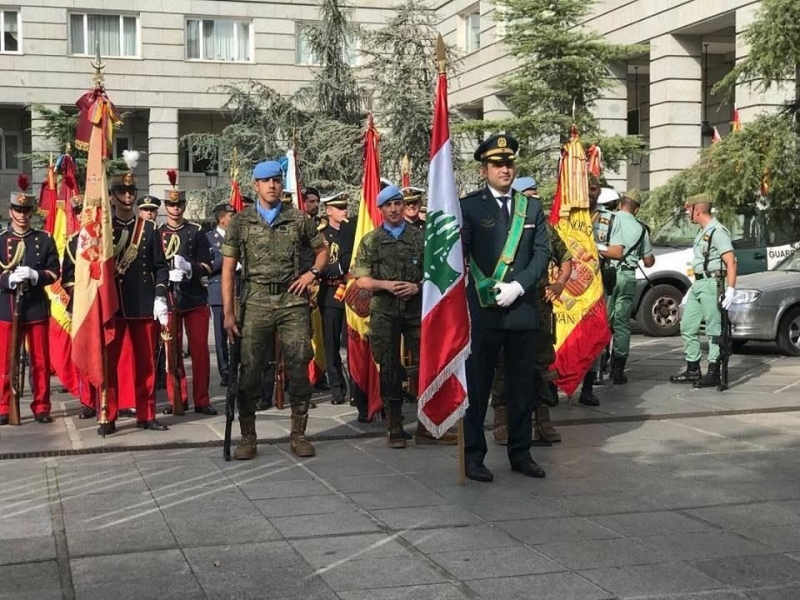 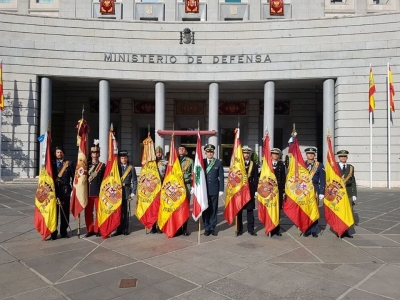 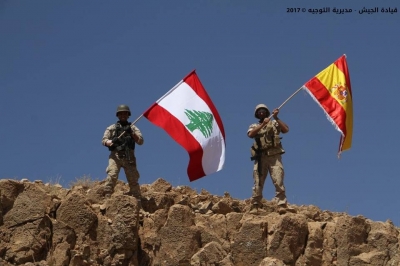 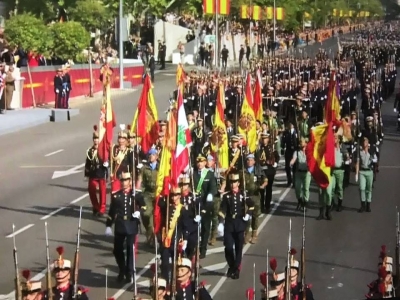 BEIRUT: The Spanish army hoisted the Lebanese flag during a military parade Thursday to honor soldiers who raised the Bandera de Espana during a military offensive against Daesh (ISIS) in August after a deadly attack by the group in Barcelona.

During the Lebanese Army’s “Fajr al-Joroud” operation launched on Aug. 19 to clear Daesh militants from the Lebanese-Syrian border areas, soldiers raised the Spanish flag as a mark of respect after a deadly attack claimed by the militant group on Barcelona.

On Aug. 17, a van mowed down tourists and residents along Barcelona's famous Las Ramblas Boulevard. Later, a car drove into pedestrians in the popular seaside resort of Cambrils. The lead suspect in the Ramblas attack Younes Abouyaaqoub evaded police for days before being shot by authorities.

Defense Minister Yaacoub Sarraf - who attended the march in Madrid to mark Spain’s national day at the invitation of Spanish King Felipe VI, who he met during the visit - thanked his hosts for the gesture.

“Lebanon has suffered from terrorism for many years and is at the spearhead in the face of extremism,” the minister was quoted as saying in a statement from the Lebanese Defense Ministry. “We proved to the world that Lebanon’s army is capable of protecting its borders and land to prevent those tampering with its stability.”

“Lebanon stands in solidarity with all countries that experienced terrorism and efforts must be united to combat it and to paralyze its capabilities,” he added.

The Spanish minister confirmed her country's readiness to provide assistance to the Lebanese Army.