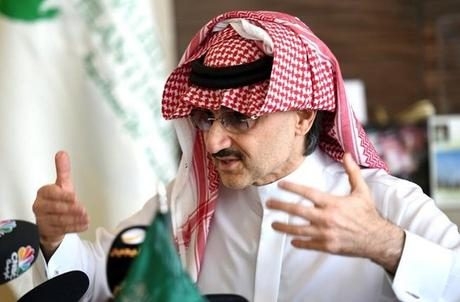 Billionaire Saudi Prince Al-Waleed was released on Saturday after nearly three months in detention, a business associate told AFP, as a sweeping anti-corruption campaign targeting the kingdom's elite winds down.

Prince Al-Waleed bin Talal, dubbed the Warren Buffett of Saudi Arabia, was the most high-profile detainee among 350 suspects rounded up since November 4, including business tycoons and ministers, who were held in Riyadh's luxury Ritz-Carlton hotel.

The terms of his release were unclear but the government had previously said that most detainees agreed on financial settlements in exchange for their freedom.

"He (Prince Al-Waleed) is out," the associate said, requesting anonymity as he was not authorised to speak to the media.

The Saudi information ministry did not respond to AFP's requests for comment.

Prince Al-Waleed is the latest in a series of high-profile detainees to be freed from the hotel, as the campaign launched by Crown Prince Mohammed bin Salman draws to a close.

Ibrahim held a family gathering at his residence after his release, three MBC employees told AFP on condition of anonymity. The staff also received an official e-mail congratulating them on his freedom.

The Financial Times reported earlier Friday that authorities had ordered Ibrahim to hand over his controlling stake in MBC to secure his release.

Authorities have so far not commented on his case.

The government said most of those detained agreed monetary settlements in exchange for their freedom, which could earn state coffers about $100 billion.

The windfall will help the government finance a package announced by King Salman this month to help citizens cope with the rising cost of living, Finance Minister Mohammed al-Jadaan told Al Arabiya in Davos on Wednesday.

Crown Prince Mohammed, the 32-year-old son of the king, has spearheaded the unprecedented crackdown on corruption among members of the government and royal family, as he consolidates his grip on power in the kingdom.

Some critics have labelled the campaign a shakedown, but authorities insist the purge targeted endemic corruption as Saudi Arabia seeks to diversify its oil-dependent economy.

The Ritz-Carlton is set to reopen for business next month, sources at the hotel have said. Its website lists rooms as available from February 14.