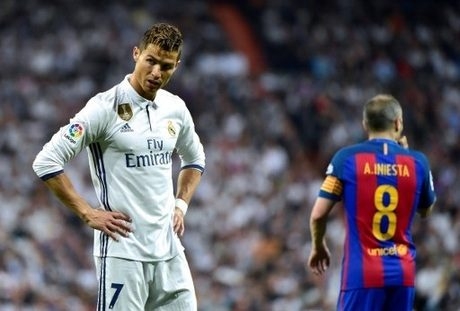 Portugal midfielder Manuel Fernandes said Cristiano Ronaldo "doesn't look at all worried about his future" as the Real Madrid superstar contemplates a possible exit from the Spanish giants this summer.

There has been intense speculation over Ronaldo's future after the 33-year-old suggested he could have played his last game for Real following their 3-1 victory over Liverpool in last month's Champions League final.

Speaking on Monday at Portugal's World Cup team base camp on the outskirts of Moscow, Fernandes said: "I have nothing negative to say about Cristiano, he looks focused and doesn't look at all worried about his future."

In the aftermath of Real's third successive European title in Kiev, Ronaldo said: "It was very nice to be at Real Madrid."

It is not the first time he has appeared close to the exit door at Real, often for the same reasons -- wrangling over contract negotiations, a frosty relationship with president Florentino Perez, and a perceived lack of support in his row with Spanish tax authorities.

Other commentators speculate that Ronaldo could even be jealous over Real's courting of Paris Saint-Germain's Brazilian star Neymar.