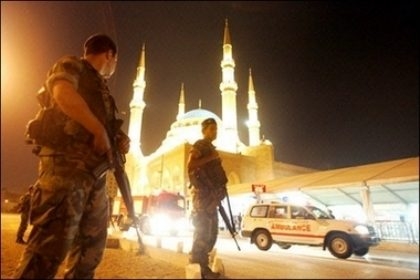 The daily added that the Islamic State's plans were “exceptional” this time, after it managed to infiltrate the real estate company of Solidere and recruit one of the employees.

The breached employee was not an ordinary worker, it said. He was the man responsible for follow-up on the surveillance cameras belonging to Solidere in Downtown. He was tasked by the IS to set a list of targets.

The employee is a Lebanese and hails from Sidon, added the daily. His task was to collect information about political figures, economic and tourist sites in the said area.

He was also tasked to gather information about the entrances that lead to the residence of Prime Minster Saad Hariri which lies in the area.

The General Security arrested the suspect on the 10th of January after he was “technically exposed,” judicial sources told the daily.

He confessed during interrogations that he was recruited by a Palestinian man residing in the southern refugee camp of Ain el-Hilweh. He tasked him with collecting data about all potential targets in Downtown Beirut.

In that regard, General Security chief Maj. Gen. Abbas Ibrahim held talks with Hariri and briefed him on the pre-emptive operation, added al-Akhbar.

In a telephone call with the daily, Interior Minister Nouhad al-Mashnouq said: “The General Security carried out a pre-emptive operation and was able to foil a terror attack. The detainees were referred to the military justice more than ten days ago.”