Report: Battle to Expel IS from al-Qaa, Ras Baalbek Within 72 Hours 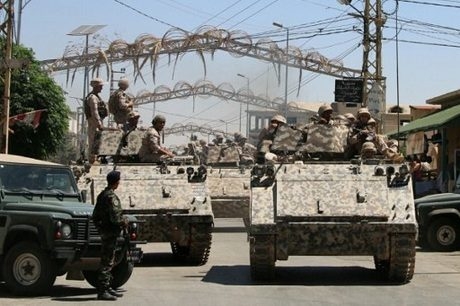 The Lebanese Army is gearing for a battle against the Islamic State group militants on the eastern borders in the al-Qaa and Ras Baalbek which will reportedly “begin within 72 hours,” al-Mustaqbal daily said on Saturday.

Senior military sources told the daily that “military reinforcements taken in al-Qaa and Ras Baalbek come in the context of preparing for "zero hour" that will mark the start of the battle waged by the army to liberate a distinctly Lebanese land.

“It falls within the framework of the army's duties and role in the protection of borders and sovereignty,” stressed the source on condition of anonymity.

On the reasons that made the army refrain from taking part in the battle waged by Hizbullah against al-Nusra Front militants in the outskirts of Arsal, the source stressed: “The recent battles against Nusra had been launched mainly from within the Syrian territory, specifically from the outskirts of Flita. Consequently, the Lebanese army had no mission or role except to protect the Lebanese border, Lebanese civilians and displaced Syrians.

“However, the army is the sole entity that will wage the battle in the outskirts of al-Qaa and Ras Baalbek,” stressed the source.

He added that the battle is expected to be within a “geographical area free of any civilians or displaced people,” which will comfort the military units while facing terrorist groups who will not be able to use the encampments of the displaced or civilians as human shields.

The area has witnessed an exchange of shelling in the past 48 hours.

The report comes in the wake of a Hizbullah assault in Arsal's outskirts that managed to oust al-Nusra Front's jihadists from the area.

Militants from the al-Qaida-linked, Jabhat Fateh al-Sham, and the Islamic State group are entrenched in rugged mountains along the Lebanese-Syrian border.

The Lebanese army regularly shells their positions while Hizbullah and the Syrian army have engaged in clashes with them on the Syrian side of the border.

The two groups overran the northeastern border town of Arsal in 2014 and engaged in deadly battles with the Lebanese army for several days.

The retreating militants abducted around 35 troops and policemen of whom four have been executed and nine remain in captivity.