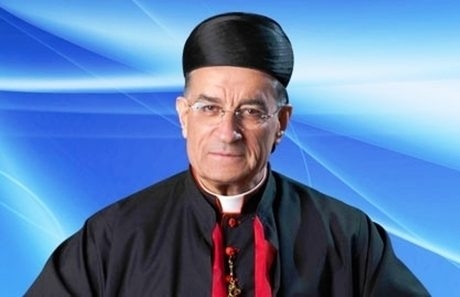 Maronite Patriarch Beshara al-Rahi called for the formation of a “slimline crisis government” to end the governmental “vacuum” and carry out reforms required by the CEDRE Conference, the National News Agency reported on Tuesday.

“Because there is no progress, I insist on the formation of a crisis government independent of all the parliamentary and partisan blocs,” Rahi told NNA in an interview from Canada where he is on a pastoral visit.

“It must include dignitaries capable of carrying out the required reforms of the CEDRE conference and spending the eleven billion dollars and building national unity. I insist on this solution,” stressed Rahi.

The Patriarch criticized political parties for their adamant positions and unwillingness to concede demands in order to end the four months of government “vacuum,” he said.

“It is shameful particularly that the International Community has agreed $11 billion in grants to assist the economy at a time when Lebanon is dying economically and financially, contrary to what the politicians claim” he said.

On Bkirki’s failure to invite the conflicting Christian leaders for a meeting to agree on a mutual solution that pleases all, he said: “They are not ready.”

PM-designate Saad Hariri was tasked with forming a Cabinet on May 24 but the conflict between parties mainly over the Christian and Druze representation have delayed his mission.

In May, Lebanon was garnered $11 billion in pledges, including $10.2 billion in loans and $860 million in grants at the CEDRE conference-– also referred to as Paris IV.