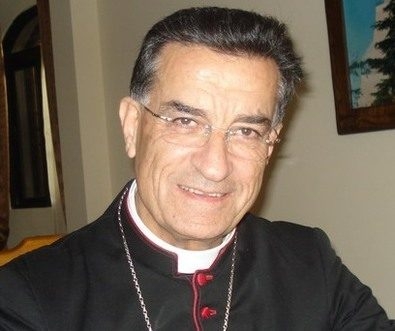 Maronite Patriarch Beshara Rahi reportedly plans to schedule a meeting with “Maronite” leaders in a bid to reflect his “anger” at the delayed efforts to form a new government, al-Joumhouria daily reported on Wednesday.

Head of the Independence Movement, MP Michel Mouawad visited Bkirki on Tuesday and told the daily that the Patriarch was “angry at the path of the government formation and the recklessness shown by some officials regarding the economic threat facing the country. He plans to activate efforts to pressure towards the formation process.”

Rahi plans to call the Maronite leaders for a meeting in Bkirki before he travels to the United States later this month, according to Mouawad.

The MP said that Rahi aims to “form a Maronite pressure group in a bid to form the government,” and end the delay prolonging since May 24, 2018.

No serious breakthrough has been made in the cabinet formation process despite the ongoing contacts and some initiatives put forward to end the impasse, including a suggestion to expand the cabinet seats from 30 to 32.