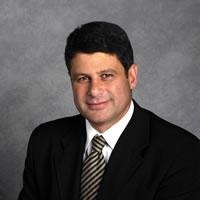 Stephen Phillip Bracks (born October 15, 1954), Australian politician, has been Premier of Victoria since 1999.

Bracks was born in Ballarat, a provincial city north-west of Melbourne, where his family, which is of Lebanese Maronite-Christian descent, owns a fashion business. He was educated at Catholic schools and Ballarat University , where he graduated in business studies and education.

From 1976 to 1981 he was a school commerce teacher. During the 1980s he worked in local government in Ballarat and then as Executive Director of the Ballarat Education Centre. While in these position he twice (1985 and 1988) contested the seat of Ballarat North in the Victorian Legislative Assembly for the Australian Labor Party.

In 1989 Bracks was appointed statewide manager of Victorian state government employment programs, under the Labor government of John Cain. He then became an advisor to Cain, and to Cain's successor as Premier, Joan Kirner.
Here he was able to witness from the inside the collapse of the Labor government following the economic and budgetary crisis which began in 1988. This experience gave Bracks a very conservative and cautious view of economic management in government. Following the defeat of the Kirner government by the Liberal leader Jeff Kennett in late 1992, Bracks became Executive Director of the Victorian Printing Industry Training Board.

He quit this post in 1994 when Kirner resigned from Parliament and Bracks was elected for Kirner's seat of Williamstown in the western suburbs of Melbourne, where he now lives with his wife Terry and their three children. Bracks was immediately elected to the Labor front bench, as Shadow Minister for Employment, Industrial Relations and Tourism.
In 1996, after Labor under John Brumby was again defeated, he became Shadow Treasurer.
In March 1999, when it became apparent that Labor was headed for another defeat under Brumby's leadership, Brumby resigned and Bracks was elected Opposition Leader. Political observers were almost unanimous that Bracks had no chance of defeating Kennett at the November 1999 election: polls gave Kennett a 60% popularity rating.

Bracks and his senior colleagues (particularly Brumby, who comes from Bendigo) campaigned heavily in regional areas, accusing Kennett of ignoring regional communities. In response, voters in regional areas deserted the Kennett government: Labor went from 29 seats to 42, with the Liberals and their National Party allies retaining 43 and three falling to rural independants. With no party having a clear majority, the independents agreed to support a minority Labor government. Despite Bracks' tortuous path to the job, his likeable public persona and consensus-based approach to leadership made him popular with the electorate, and the partnership of Labor and the independents provided stable, fiscally prudent government.
Former leader Brumby, appointed Treasurer, was regarded as a major part of the government's success. He and the Deputy Premier, John Thwaites, and the Attorney-General, Rob Hulls , were regarded as the real drivers of policy in the Bracks government. The major criticism of Bracks and his government was that their insistence on consultation stood in the way of effective, proactive government. Bracks, according to critics, achieved little, and lost the excitement of constant change that was characteristic of the Kennett years.
The talents of some of the more junior ministers in the government were also questioned. (This is not uncommon in Australian state governments, where strong Premiers and weak ministries are traditional.) Nevertheless Bracks got through his first term without major mishaps, and with his popularity undiminished. In the November 2002 election, Bracks led a shrewd campaign that made the most of his personal popularity and countered the do-nothing claims of the Liberal opposition with a focus on the Government's claim to have been working to repair the damage of the Kennett yearsâ€”an extraordinary irony as, with the roles reversed, Kennett had won in 1996 on the same theme.

Although the new Liberal leader, Robert Doyle, was an articulate campaigner, two weeks before the election the Opposition campaign was seriously damaged when it emerged that Shadow Treasurer Robert Dean was ineligible to stand for Parliament because he had failed to register to vote. Labor won in a landslide, taking 62 seats out of 88 in the Legislative Assembly, and for the first time in Victorian history, a slim but clear majority in the Legislative Council as well. This was the greatest victory Labor had ever had in a Victorian state election.