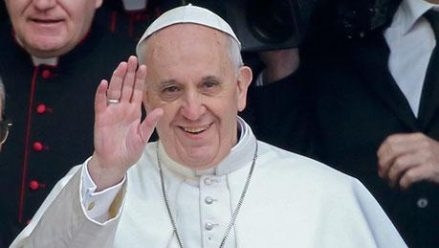 Vatican City, Jul 10, 2013 / 09:29 am (CNA/EWTN News).- Pope Francis has appointed a new bishop for one of only two Maronite Catholic territories in the United States, while also accepting the resignation of the current shepherd.

Father Abdallah Elias Zaidan, 50, was named July 10 by the Pope to replace Bishop Robert J. Shaheen as bishop of Our Lady of Lebanon Eparchy.

Bishop Shaheen turned 76 on June 3, placing him one year beyond the retirement age.

Bishop-designate Zaidan will be moving from his post as rector of the Cathedral of Our Lady of Lebanon to the eparchy’s headquarters in St. Louis, Mo.

While the eparchy was originally established in Los Angeles in 1994, its seat was moved to St. Louis in 2001 with approval from the Vatican.

He is a member of the Congregation of Lebanese Maronite Missionaries, has worked in school administration, and has served as the pastor of several parishes.

In addition to English, he speaks Arabic, French, Italian, Spanish and Syriac.

The Maronite Catholic Church traces its roots to the early Christians of Antioch, the first believers to be called Christian. In fact, the Church still uses Syriac in its liturgy, a dialect of Aramaic, the same language Jesus spoke.

The Church takes its name from the fourth century hermit St. Maron, whose way of life inspired many monks and laity to follow him, eventually resulting in the distinctive Maronite Rite.

With the influx of immigrants to the United States from Lebanon and the surrounding region in the latter part of the 19th century, the Pope set up ecclesial structures to serve the Maronite faithful.

The Maronite Church in the U.S. falls under the jurisdiction of two eparchies: the Detroit-based Eparchy of St. Maron and the St. Louis-based Our Lady of Lebanon Eparchy.

As shepherd of the Our Lady of Lebanon Eparchy, Bishop-designate Zaidan will lead 24,108 Catholics, 39 priests, 8 permanent deacons and 15 religious.