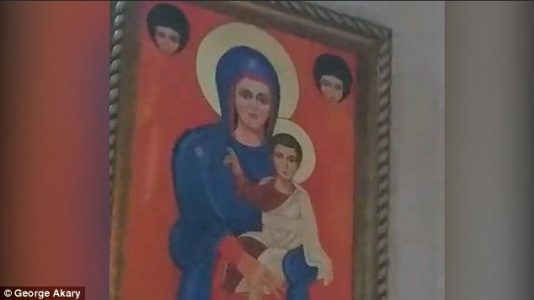 Hundreds of Christians are flocking to church to witness a 'miracle' painting of the Virgin Mary who appears to join in with the Lord's prayer.

Stunned believers filmed the astonishing moment her lips appeared to move on the artwork during Mass last Sunday.

Footage shows the congregation saying the 'Our Father' prayer but after several seconds it's clear several Christians are distracted by something else. 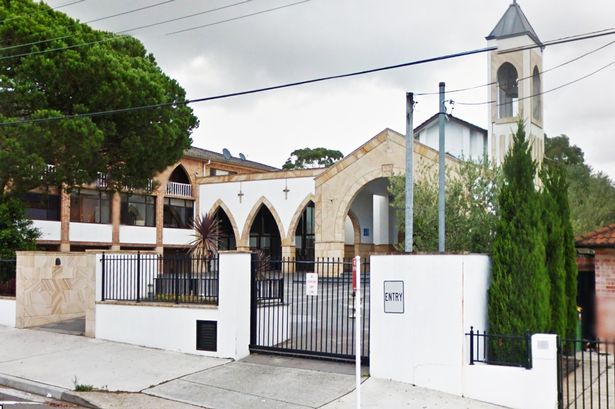 Sydney Churchgoers have been stunned by what many say is a miracle.

During a prayer it seems that the lips of Virgin Mary move in a painting located inside the church.

Two parishioners decided to film the unexplained event after noticing it on previous occasions.

The Catholic church, located in Punchbowl in Sydney's South-West, seems to depict Mary praying in sync with the churchgoers.

One attendee who filmed footage, Kirsten Keirouz, first noticed the painting's mouth moving and uploaded footage to her Facebook page on July 5th.

"Once I looked up, I had no idea what they wanted me to look at and I saw her [the Virgin Mary] mouth moving," she told The Daily Mail.

"I then asked my friend; "Is it her mouth?" She replied "yes." and then I got the shivers throughout my whole body. I couldn't believe my eyes, I kept blinking in case I was seeing things."

Skeptics have been quick to comment on theories of why it would look like her lips are moving - mainly putting it down to camera movement and lighting.

But that hasn't altered Kirsten's opinion after seeing it first hand.


"I believe it was a miracle, and not just lighting because we all saw it at the same time and because her lips would start moving and then stop and start again," Kirsten said.

"Something I have seen a few times, this time I recorded it.. see the mouths on them. At st charbels church in punchbowl , sydney 19 th july during service.. To clarify for the viewers... i saw this during mass and at the end of mass the rosary is prayed. I went to the altar and wanted to confirm via recording it... lights are not relevant and there flickering etc as i have seen this occur under various lighting and have considered those possibilities. It is what it is... I also did notice whilst the people were praying the lips sped up or slowed down to the prayer been said ....
God bless you all."


"To add to this. Please know this also occurs to the image of St Charbel and St Rita. Also st Josephs in croyden God willing I will capture this for you all. This occurs when you pray the rosary or many prayers after each other as an example like during mass during the apostles creed and the our father. If you don't believe, I usually go on 7pm mass sundays and will help you see it for yourself.. key word is help you I cannot guarantee any person this vision but am confident that many will."