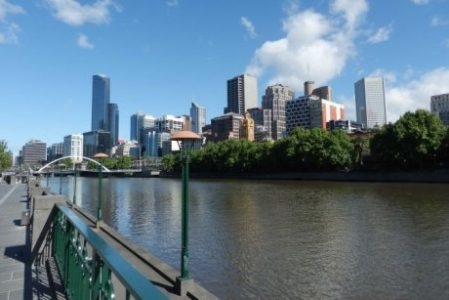 Melbourne has been named the world's most liveable city for the fifth year in a row, achieving a near perfect score on the Economist Intelligence Unit's (EIU) liveability survey of 140 cities.

The survey rated cities out of 100 in the areas of health care, education, stability, culture and environment and infrastructure.

The five most liveable cities:

Adelaide was ranked in fifth place again with an overall rating of 96.6.

"Those that score best tend to be mid-sized cities in wealthier countries with a relatively low population density," the EIU report said.

"These can foster a range of recreational activities without leading to high crime levels or overburdened infrastructure."

Seven of the top 10 scoring cities were in Australia and Canada.

The report said civil unrest and acts of terror had triggered stability declines around the world including in France and Tunisia.

The "ongoing actions" of Islamic State had created a further heightened threat of terrorism in many countries.

The Syrian capital Damascus saw the biggest fall in liveability scores over a five-year period.

Zimbabwe's capital Harare was the most improved city in the EIU report.

Melbourne is Australia's fastest-growing capital and the only city in the world to have won the title five consecutive times.

International visits have increased by 8 per cent in that time.

While celebrating the ranking, the Victorian Government said it would "never be complacent", investing $20 billion in transport infrastructure and $5.4 billion in health and education to create a stronger economy.

"Melbourne has the best of everything and this title proves it," Victorian Premier Daniel Andrews said.

"Perfect scores in health care, education and infrastructure, culture, environment and sport are all proof there's no place like Victoria."

Melbourne Mayor Robert Doyle said he was "very proud" of the accolade.

"It is particularly pleasing in a year when the Economist Intelligence Unit notes that many cities lost ground," he said.

"We must be doing something right in our cities in this part of the world."


Most liveable 'only for some': VCOSS

The Victorian Council of Social Service said Melbourne's top ranking failed to recognise the growing disparity between those who can afford to live where the services and jobs are and those who have to live in areas of high unemployment and poor transport.

"Perhaps the EIU should survey the growing number of people sleeping rough on Melbourne's streets about how liveable they find the city in the midst of winter," Emma King, VCOSS chief executive said.

"A growing body of evidence paints a starkly different picture of our community.

"Over the coming decade we need to fit millions more people into Victoria with the state's population set to boom.