LRLF Interview with HE Mr. Glenn Miles the Australian Ambassador to Lebanon 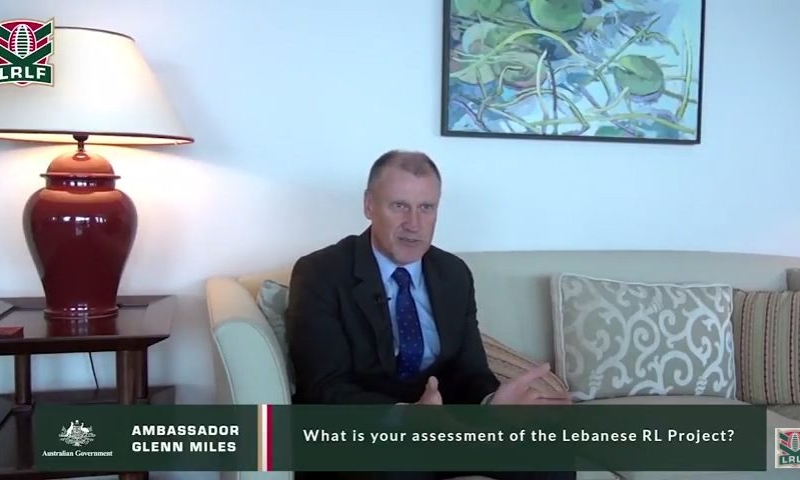 His Excellency Mr. Glenn Miles, Australian Ambassador to Lebanon has honored the Lebanese Rugby League Federation with both his support for our National Team and the time he has taken to support our local teams and program. HE Mr. Glenn Miles, explains that he is a longtime fan of Rugby League and how he was surprised to see Rugby League in Lebanon when he began his mission here. HE Mr. Miles, also told us that he felt that Rugby League as a sport helps bring different people from different areas together and how it benefits the youth and country in general. When asked if he would support Lebanon against Australia in the world cup 2017 he had no problem pointing out that he would always support the Australian team first and the Lebanese team second. It is clear that Rugby League is a sport that unites and joins people from around the globe.

We would like to thank HE Mr. Glenn Miles and all the staff at the Australian embassy, along with the Australian government for all of their support for the Lebanese Rugby League Federation (LRLF) and our National Team. We look forward to putting on a good show in Australia and we can’t wait to see our fans in the stands on October 29th France v Lebanon, 4th November England v Lebanon , 11th November Australia v Lebanon.