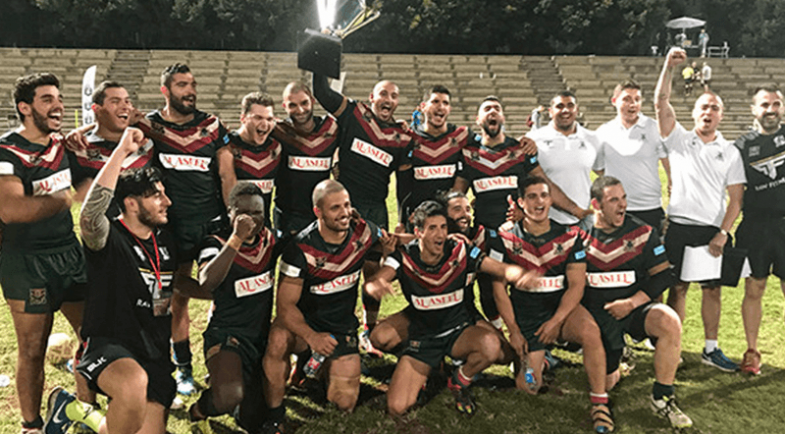 The Cedars edged out Italy 6-4 in a tense contest at the Universite Libanais Stadium in Beirut, which ended amid heated scenes after Azzurri centre Mirco Bergamasco was denied a try in the final play of the match.

Both teams comprised of players from their country’s domestic competitions and Lebanon interim coach Tarek Houchar said five members of his side would get the opportunity to play alongside Robbie Farah, Tim Mannah and Mitchell Moses at the World Cup.

“WITH THE WORLD CUP LOOMING, THE COACHING STAFF WILL BE LOOKING TO PICK A MINIMUM OF FIVE PLAYERS FROM THIS SQUAD TO BE PART OF THAT CAMPAIGN,” HOUCHAR SAID.

“It’s just great to see most of these kids come through our system and get a chance to represent their country.”

Five of the Cedars squad had graduated through Lebanon’s representative youth pathway, with Imad Chidiac and Joey Aslan having represented all three junior national teams; the Junior Cedars (U16), Lebanon Youth (U18-9) and Liban Espoir (U20-1).

The Italy team, which is expected to be bolstered at the World Cup by the likes of James Tedesco, Paul Vaughan and Aiden Guerra, was also drawn solely from their domestic competition and included five debutants.

Italian officials were pleased with the defensive effort of their team but poor discipline proved costly, with a 65th minute penalty goal by Lebanon five-eighth Wael Harb being the difference after both teams scored unconverted tries in the first half.

Italy fullback Fabio Borina (Spartans Catania) levelled the scores when he crossed in the corner in the 30th minute but Bergamasco was unable to convert and the Azzurri paid the price for ill-discipline after conceding three consecutive penalties before Harb’s goal from in front of the posts.

Bergamasco claimed a try in the 80th minute when he dived over from dummy half after five-eighth Jaume Giorgis (North West Roosters) toed ahead a loose ball near the Italy try line and raced 90 metres before being pulled down just short.

However, referee Mikhael Shammas ruled after a long discussion with his fellow match officials that Bergamasco had been gone into touch as he attempted to get the ball down and disallowed the try before blowing fulltime.