Bookmark this
October 11, 2017 By Joseph Haboush 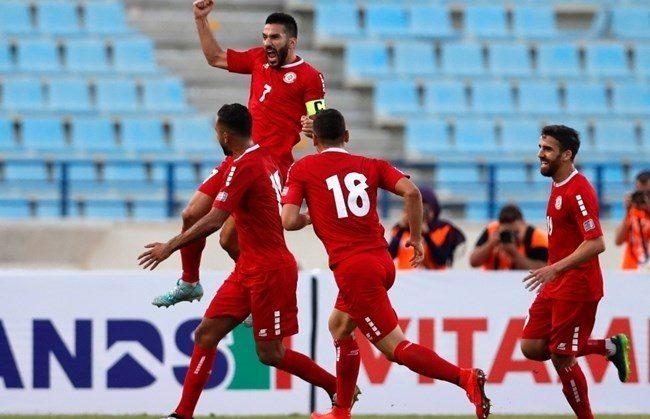 BEIRUT: The Lebanese National Football Team Tuesday qualified to the 2019 Asian Cup for the first time after dealing a crushing 5-0 defeat to North Korea at Camille Chamoun Sports City Stadium in Beirut.

The Cedars took a commanding 2-0 lead in the first half of the 2019 Asian Cup qualifying game.

Lebanon’s striker Hilal al-Hilweh and Captain Hasan Maatouk scored a goal each before half time.

The hosts showed no signs of stopping in the second half as Samir Ayass put the ball in the back of the net in the 49th minute.

Ali Hamam scored in the 78th minute before Rabih Ataya finished off a dazzling solo-run to score in the final seconds of the match.

The Cedars qualified for their first ever Asian Cup after participating in the 2000 tournament without qualifying since it hosted the tournment.

Under Coach Miodrag Radulovic the team currently sits at the top of Group B with 10 points from their first four games.

Earlier in the day, Group B side Hong Kong - who has now played four matches - beat Malaysia 2-0 to take up second place with 5 points. Malaysia sits at the bottom of the table with 1 point in three games.

Tuesday’s game was Lebanon’s fourth of the qualifiers and North Korea’s third. The Koreans remain in third place with 2 points from their three games.

Lebanon travels to second place Hong Kong in November for the away leg of the series before wrapping up the group stage in March 2018 against Malaysia. The recently expanded tournament – increasing the participants from 16 teams to 24 – will see the top two finishers in each of the six groups in the qualifying rounds joining the 12 teams that have already qualified.

Find a breakdown of the game below:

75’ Substitution for Lebanon: #10 Mohammad Haidar comes on for #7 Hasan Maatouk.

80’ RED CARD! North Korea’s #15 Kim Bom is issued his second yellow card of the night and is sent to the stands.

81’ Substitution for Lebanon: #22 Ahmed Jalloul comes on for #6 Samir Ayass

87’ Substitution for Lebanon: #8 Nassar Nassar comes on for #19 Ali Hamam.