'Lebanese Tiger' El Khatib cites the good, and bad from the win over Korea (video) 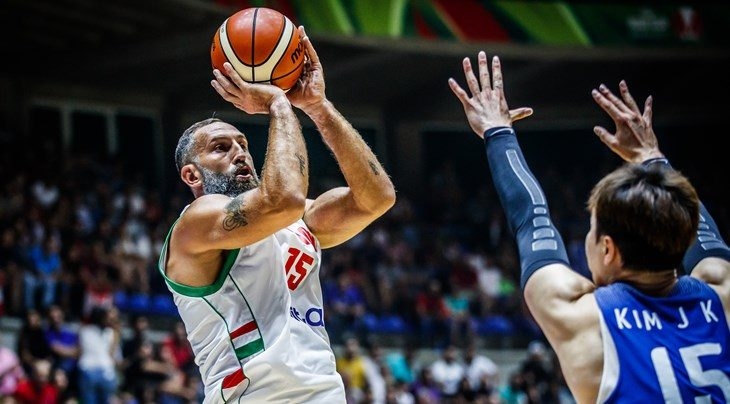 BEIRUT (FIBA Asia Cup 2017) - One down but a lot more to go. That's the reality facing hosts Lebanon at the FIBA Asia Cup following their 72-66 win over Korea.

The Cedars very nearly blew a 13-point advantage they had when a Korea comeback coincided with Lebanon pulling 38-year-old veteran forward Fadi El Khatib out of the game in the final seconds of the third quarter to give him a rest.

Fadi El-Khatib aka The Lebanese Tiger (16pts 5reb 4ast vs Korea) is still one of the best at 37 years old!

Korea capitalized on some Lebanese mistakes and pulled to within two points, and attempted a potential go-ahead 3-pointer that fortunately for the home side stayed out.

Lebanon then surged back into a comfortable lead.

El Khatib, the greatest player in the country's history, said: "Always the first game in a tournament, it's a tough one. The good thing is that we got the win.

"The bad thing is they cut our 13-point lead down to two, so we have to learn so that we don't keep making these mistakes. We have to control the game."

Lebanon will next face a young but very interesting New Zealand Tall Blacks team that won its opener against Kazakhstan.

El Khatib, who had 16 points, 5 rebounds and 4 assists and played an eye-popping 34 minutes and 48 seconds, knows there is room for improvement for Lebanon. He expects the team to get better.

"Definitely game-by-game, the national team can reach the highest level of what we can play," he said.

(Watch #1 Play of the Day from Lebanon's game against Korea)