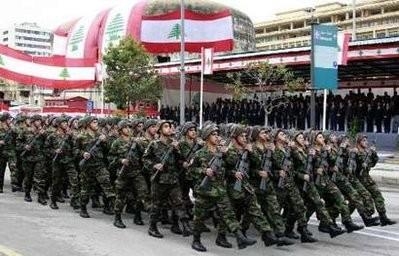 The Lebanese Independence Day, on November 22, 1943, is a national day celebrated in remembrance of the liberation from the French Mandate which was exercised over Lebanese soil for over 23 years.

When the Vichy government assumed power over French territory in 1940, General Henri Fernand Dentz was appointed as high commissioner of Lebanon. This new turning point led to the resignation of Lebanese president Emile Edde on April 4, 1941. After 5 days, Dentz appointed Alfred Naccache for a presidency period that lasted only 3 months and ending with the surrender of the Vichy forces posted in Lebanon and Syria to the Free French and British troops. On July 14, 1941, an armistice was signed in Acre ending the clashes between the two sides and opening the way for General Charles de Gaulle's visit to Lebanon, thus ending Vichy's control.

Having the opportunity to discuss matters of sovereignty and independence, the Lebanese national leaders asked de Gaulle to end the French Mandate and unconditionally recognize Lebanon's independence. After national and international pressure, General Georges Catroux (a delegate general under de Gaulle) proclaimed in the name of his government the Lebanese independence on November 26, 1941. Countries such as the United States, the United Kingdom, the Arab states, the Soviet Union, and certain Asian countries recognized this independence, and some of them even exchanged ambassadors with Beirut. However this didn't stop the French from exercising their authority.

On November 8, 1943, and after electing president Bechara El Khoury and appointing prime Minister Riad al-Solh, the Chamber of Deputies amended the Lebanese Constitution, which abolished the articles referring to the Mandate and modified the specified powers of the high commissioner, thus unilaterally ending the Mandate. The French responded by arresting the president, the prime minister, and other cabinet members, and exiling them to an old citadel located in Rashaya. This incident, which unified the Christian and Muslim opinion towards the mandate, led to an international pressure demanding the Lebanese leaders' release and massive street protests. Finally, France yielded to the augmenting demand of numerous countries and released the prisoners from Rashaya on November 22, 1943; since then, this day has been celebrated as the Lebanese Independence Day.

After the independence, the Lebanese state was founded in 1943 by an unwritten agreement between the two most prominent Christian and Muslim leaders Khouri and al-Solh and which was later called the National Pact (al Mithaq al Watani).

The National Pact had 4 principles:

In 1945, Lebanon became a member of the Arab League (March 22) and a member in the United Nations (UN San Francisco Conference of 1945). On December 31, 1946, French troops withdrew completely from Lebanon, with the signing of the Franco-Lebanese Treaty.