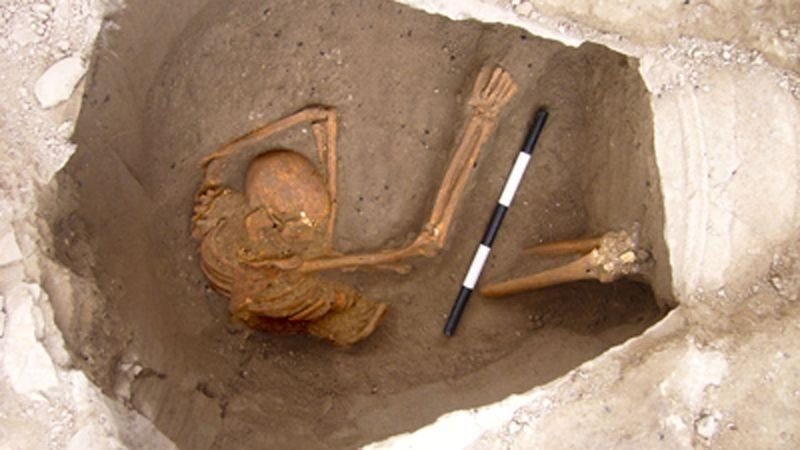 DNA is setting the record straight on ancient Canaanites.

For the first time, scientists have deciphered the complete genetic instruction manuals of Canaanites. By comparing five Canaanite genomes with those of other ancient and modern populations, the researchers identified the Canaanites’ ancestors and discovered their descendants, modern Lebanese people.

The results, reported online July 27 in the American Journal of Human Genetics, give new insight into the origins and fate of a people whose story has largely been told through the secondhand accounts of its contemporaries.

The Canaanites emerged in the Levant, a region east of the Mediterranean Sea, 3,000 to 4,000 years ago. This cultural group, which established extensive trade networks and colonies across the Mediterranean region, left behind few written records, perhaps because they wrote on papyrus rather than clay. So most knowledge of the Canaanites comes from ancient Egyptian, Hebrew and Greek documents.

But doubt surrounds some of those accounts. For one thing, Greek historians thought the Canaanites originated near the Persian Gulf, whereas archaeological records suggest they arose from farming communities that settled the Levant up to 10,000 years ago. For another, the Old Testament makes reference to the destruction of Canaanite communities, but some of their cities, such as Sidon in Lebanon, appear to have been continually inhabited through the present day.

Researchers reconstructed the genomes of the 3,700-year-old remains of five Canaanites unearthed in Sidon. Comparisons of these genomes with those of other ancient Eurasian peoples indicate that Canaanite ancestry was split roughly 50-50 between the early farmers who settled the Levant and immigrants of Iranian descent who arrived later, between 6,600 and 3,550 years ago.

“You’d need a lot of migration for roughly half of the population to be replaced by the incoming Iranian-related populations,” says Iosif Lazaridis, a geneticist at Harvard Medical School who was not involved in the study. “This must have been some important event in the history of the Near East.” One possibility is the spread of the Akkadian Empire, which controlled a region spanning from the Levant to Iran between 4,400 and 4,200 years ago. That connection may have presented the opportunity for interbreeding between these far-flung populations.

The researchers also determined that modern Lebanese people can attribute about 93 percent of their ancestry to the Canaanites. The other 7 percent comes from Eurasians who probably arrived in the Levant 3,700 to 2,200 years ago. Study coauthor Chris Tyler-Smith, a geneticist at the Wellcome Trust Sanger Institute in Hinxton, England, was surprised by how much Canaanite heritage dominated modern Lebanese DNA. He says he expected to see a more mixed gene pool because so many populations have crossed through the Levant in the last few thousand years.

This study alone may not paint the complete picture of the Canaanite lineage, says Aaron Burke, an archaeologist at UCLA, because the researchers examined the genomes of only five Canaanites.

However, the study’s Canaanite genetic data do provide “a snapshot of history in the area,” Lazaridis says. Identifying which populations crop up in the Canaanite lineage — and when — can help trace the historical movements of people throughout the Near East. With DNA analyses of enough ancient people, Lazaridis says, “I think it will be possible to reconstruct the whole timeline of what happened in Lebanon and other parts of the world.” 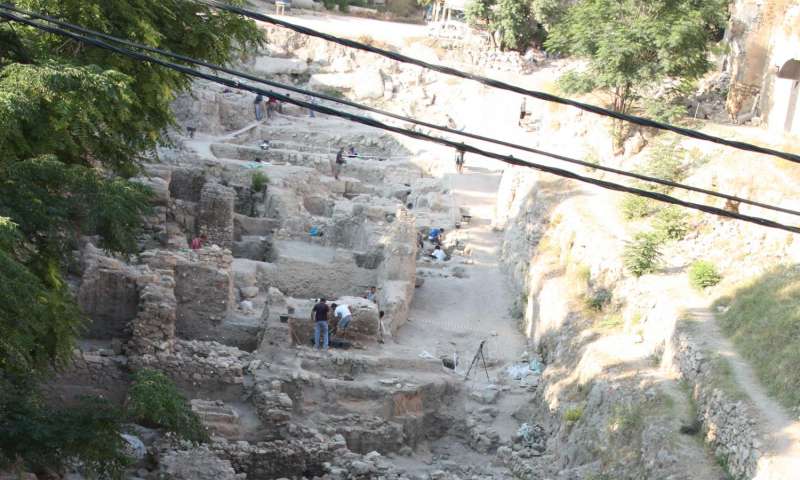 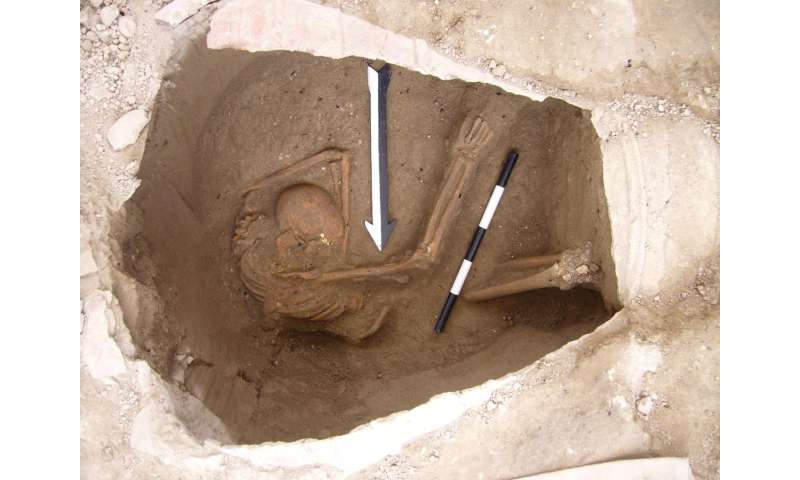 This photograph shows a large jar burial containing the remains of one of the individuals sequenced in the study. Credit: Dr. Claude Doumet-Serhal - The Sidon excavation

It is an icredible research.. glad to know my roots are wellkept.