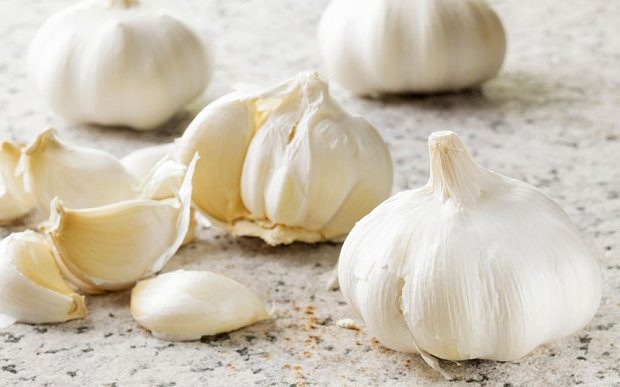 It might sound like the most unlikely of dating tips, but a study has found that men should forget the aftershave and try eating some garlic instead.


Scientists found that the sweat of men who had eaten the bulb smelt more attractive to women. The researchers suggested that women might have evolved to prefer the type of smell that eating garlic - which is a highly nutritious food - produces in armpit sweat, because it suggests the person is healthy.

Garlic has antibiotic, antiviral and antifungal properties and studies have suggested it can help reduce the incidence of colds, and even high blood pressure and some cancers.

Or, it could simply be that the antibacterial action of the garlic makes the armpits smell sweeter by reducing the density of the microbes which cause the nasty odours, the researchers from the University of Stirling in Scotland and Charles University in the Czech Republic said.

"Certainly, breath odour plays a crucial role in most social interactions, but human axillary (armpit) odour is also an important factor in intimate relationships," the researchers wrote in the journal Appetite.

"Our results indicate that garlic consumption may have positive effects on perceived body odour hedonicity (the pleasure derived from it), perhaps due to its health effects, for example antioxidant properties and antimicrobial activity.

"From an evolutionary perspective, formation of preferences for diet-associated body odours was possibly shaped by means of sexual selection.

"Obviously, garlic negatively influences the individuals' breath on account of sulphur-containing gases which does not seem to apply to the body odour"

"As the health benefits of garlic consumption include antioxidant, immune-stimulant, cardiovascular, bactericidal, and anti-carcinogenic (anti-cancer) effects, it is plausible that human odour preferences have been similarly shaped by sexual selection.

"Obviously, garlic negatively influences the individuals' breath on account of sulphur-containing gases which does not seem to apply to the body odour," the researchers added.

"The compounds contributing to garlic odour might not reach the skin glands in perceptible quantities, because the sulphurous constituents are highly volatile and many leave the body through the mouth."

For the study, 42 men were asked in rotation to eat raw garlic, garlic capsules, or no garlic, and wear pads in their armpits for 12 hours afterwards to collect body odour.

Then, 82 women were asked to sniff the odour samples and judge them on their pleasantness, attractiveness, masculinity and intensity.

The body odour of the men was perceived to be "significantly more attractive and less intense" when they had eaten the garlic in bulb and capsule form than when they (the same men) hadn't eaten it.

The effect only came into play once the men were eating a substantial amount of garlic, the researchers found. In the first experiment, when the men ate 6g of garlic - the equivalent of two cloves - with bread and cheese - there was no difference in the ratings between then and when they simply ate the bread and cheese on its own.

But when the dosage was doubled to 12g, or four cloves, the men were judged to smell more attractive than when they hadn't eaten it.

In the third experiment, when the men ate the same amount (12g) of garlic but in capsule form (12 x 1,000mg garlic capsules), their odour was also perceived as more attractive.

Previous studies have shown that garlic consumption can also affect the odour of human breast milk, increasing the time infants spend on their mother's breast and feeding more vigorously.