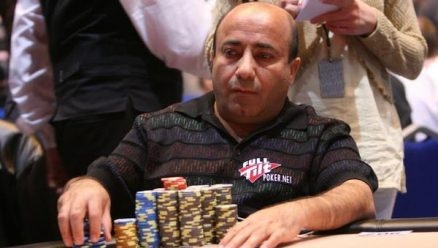 Kassem Ibrahim "Freddy" Deeb (born November 27, 1955 in Beirut, Lebanon) is a professional poker player who emigrated from Lebanon to the United States at the age of 19.
Deeb was attending Utah State University when civil war broke out in Lebanon in 1975. He lost contact with his parents (who had been sending him money to support his education) for two years. Deeb was unable to gain employment due to the restrictions of his student visa, so he began gambling. Deeb was forced to leave his education, just 12 credits away from graduating with a degree in Mechanical Engineering.

Deeb has also appeared in the Poker Superstars Invitational Tournament series and in the GSN series, High Stakes Poker.

Deeb is well-known for wearing patterned/multi-colored shirts, one of which became famous at the 2003 World Series of Poker. Holding pocket Kings, Deeb went all-in against Phil Ivey, who flopped three sevens; a third King appeared on the turn and Deeb won the pot. Afterwards, Ivey remarked, "Must be the shirt." World Series of Poker tournament director Matt Savage referred to the same shirt as the "magic shirt" during a pot-limit Omaha tournament in the 2004 World Series of Poker, after Deeb eliminated two players (one of whom was Howard Lederer) on the same hand.