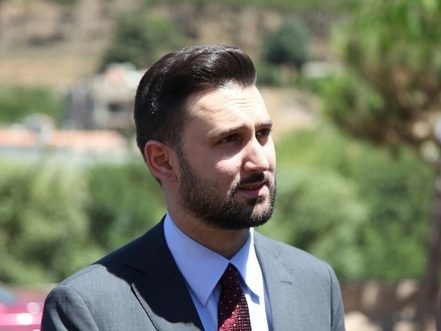 Lebanon's first general election this decade has yielded its crop of new faces -- not necessarily new names -- entering parliament for the first time. Here are brief profiles of some of them:

The reluctant heir. At 36, he was guaranteed to enter parliament when his father, Druze leader Walid Jumblat, made him the "lord" of the minority that lives mostly in the Chouf mountains.

In interviews, he makes no secret of his distaste for politics, especially the feudal Lebanese brand that brought him there, but explains he has no choice but to keep a centuries-old dynasty alive.

The communicator. The 42-year-old activist and daughter of an Armenian genocide survivor long hosted a show on the channel owned by Prime Minister Saad Hariri but won her seat on an unprecedented civil society list.

She interviewed Hariri in a dramatic live broadcast from Riyadh after he unexpectedly announced his resignation last year and was apparently being held against his will by the Saudi royal family.

The spymaster. The 68-year-old feared former head of the General Security agency was, and still is, considered by many as the Syrian regime's man in Lebanon.

Sayyed was jailed for four years over former premier Rafik Hariri's 2005 assassination and released without charge. Bizarrely, he was nearly made Marshall Islands UNESCO envoy in 2014. He won his seat Sunday as an independent.

The billionaire. Makhzoumi, 66, is a Sunni businessman from Beirut who made his fortune selling pipelines. One of the election campaign's biggest spenders, he was ubiquitous on TV channels and his posters well all over the capital.

Makhzoumi has a residence in London's exclusive Kensington area and has had ties to Britain's Conservatives. Last year, he was controversially reported to have paid France's presidential candidate Francois Fillon to introduce him to Russian President Vladimir Putin in 2015.

The trailblazer. The veiled 57-year-old trained pathologist from the Tyre region, who has served as minister for administrative reform, hails from the Shiite AMAL Movement, allied to Hizbullah.

It was the first time AMAL put forward a female candidate. Her appeal crosses party lines and the savvy, divorced mother is fast becoming a folk hero among Shiite women in Lebanon's conservative south.