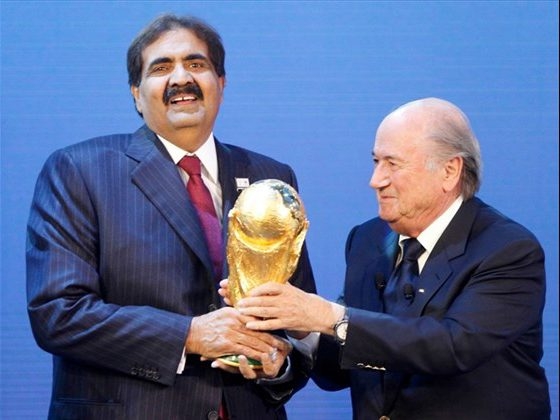 World football’s governing body had previously declined to publish in full the 400-page report into awarding the 2018 World Cup to Russia and the 2022 edition to Qatar drawn up by U.S. independent investigator Michael Garcia.

But FIFA’s hand was forced when German tabloid newspaper Bild said it had obtained the full report and released extracts Monday, including revelations that a 10-year-old daughter of one FIFA member had received $2 million in her bank account.

FIFA said it was already considering releasing in full Garcia’s findings prior to the latest disclosures. “However, as the document has been illegally leaked to a German newspaper, the new chairpersons [of the committee] have requested the immediate publication of the full report ... in order to avoid the dissemination of any misleading information,” FIFA said in a statement on its website. “For the sake of transparency, FIFA welcomes the news that this report has now been finally published.”

Garcia had resigned as head of FIFA’s investigatory body in December 2014 in protest after FIFA released a 40-page sanitized summary of his report that he disowned, describing it as “incomplete and erroneous.” The full report referred to an array of suspect financial dealings including $2 million allegedly sent by a consultant for Qatar, Sandro Rosell, to the 10-year-old daughter of a FIFA official. The payment was described by an associate as the proceeds from a real estate deal.

But Garcia concluded that “no proof exists linking Qatar and this $2 million to the daughter of executive committee member [former Brazil football chief Ricardo Teixeira].”

Rosell is the ex-Barcelona president who is in prison under investigation for money laundering related to the sale of the Brazilian national football team’s television rights.

Garcia’s investigation revealed that one former FIFA executive committee member thanked Qatar by mail for a transfer of several hundred thousand euros just after Qatar was awarded the 2022 tournament. The report also documents that three executive members of FIFA were flown to Rio de Janeiro for a private party ahead of the vote to decide who would host the 2022 World Cup.

Qatar won the right to host the 2022 World Cup in late 2010 and the result of the vote has been the source of enormous controversy ever since.

Following Garcia’s investigation, the adjudicatory chamber of FIFA’s ethics committee noted that there had been suspicious behavior during the bidding process but not enough to call into question the decision to give Qatar the 2022 finals or Russia the 2018 tournament.

Hours before FIFA made the decision to go public former FIFA boss Sepp Blatter had denounced the report’s leaking to Bild.

Blatter, who announced Qatar as the 2022 hosts in December 2010, told AFP, “The only comment that I can make is that there was a leak as only the ethics commission had the power to publish the Garcia report.” He added, “I stand by the statements made at the time by Hans-Joachim Eckert, the Ethics Committee chairman, to the executive committee. For him the Garcia report did not contain any elements to call into question the attribution of the 2018 World Cup to Russia and 2022 to Qatar.”

Blatter, replaced as FIFA boss in 2016 by Gianni Infantino, concluded, “I’ve always pointed out and I’ll repeat it now, it was Michel Platini’s vote in favor of Qatar which influenced the executive committee’s vote whereas there was initially an agreement to award 2018 to Russia and 2022 to the United States.” Platini, then head of European football body UEFA, attended a dinner in Paris with Nicolas Sarkozy, president of France at the time, and future Qatari ruler Sheikh Tamim bin Hamad al-Thani, on Nov. 23, nine days before the crucial vote. But Garcia stated that “no proof had been discovered tying Mr Platini’s vote” in favor of Doha with Qatar’s subsequent investment in France, notably the purchase of Paris St. Germain. 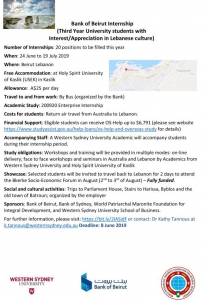