Farah keen to reunite with Doueihi after Lebanon honour 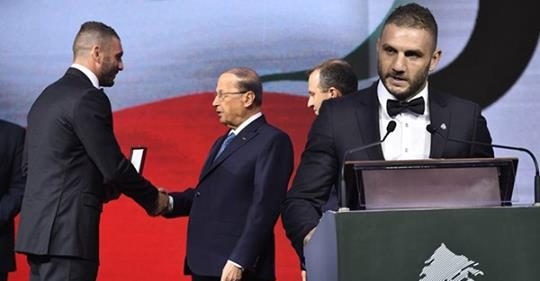 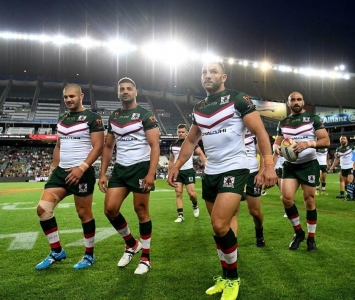 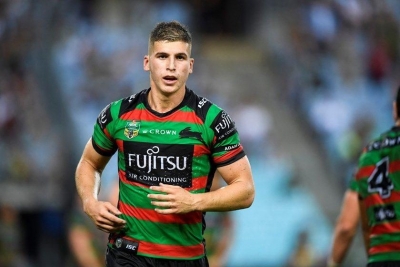 Robbie Farah sees the impact of Lebanon's World Cup campaign every day he trains with South Sydney teammate Adam Doueihi but it wasn't until he was invited to Beirut by the Lebanese government that he realised how significant it had been.

Farah, who captained the Cedars to the quarter-final of the World Cup, was invited by the Lebanon President, General Michel Aoun, and Foreign Affairs Minister Gebran Bassil to speak at the recent Lebanese Diaspora Energy annual meeting.

"I think that was Lebanon's first World Cup in any sport so it was not only a great recognition for myself and my achievements through my career as an individual but collectively what we achieved as a group at the World Cup," Farah said.

"As the captain, I accepted that on behalf of the playing group and the coaching staff. It was a pretty big achievement. We put ourselves and the game on the map in Lebanon so it was great to get recognised for that."

Introduced as a "Lebanese-Australian professional rugby league football player", Farah's playing record for the Rabbitohs, Wests Tigers, City, NSW, Australia and Lebanon was detailed to the 2,000 guests of Lebanese origin from around the world. "There were people from Australia who knew who I was but there were also a lot of people who had no clue," Farah said. "That didn't matter, I was Lebanese and I was speaking there, and they were proud of me.

"I said as part of my speech that we went into the World Cup being ranked last in the world. To win our first World Cup game and qualify for a quarter-final that everyone thought would be a walkover against Tonga, but which we could easily have won, was an amazing achievement.

"Regardless of what we did the Lebanese community, in general, are a very proud community and I guess me having the opportunity to go over there showcased that."

With Damien Cook winning the hooking role at the Rabbitohs this season, coach Anthony Seibold was happy for Farah to travel to Lebanon for the conference as he saw it as great honour for the 34-year-old.

Seibold has called on Farah for Friday night's match against Cronulla after Cook was selected in the NSW team for next Wednesday's Holden State of Origin series opener at the MCG.

Doueihi, who made his Telstra Premiership debut against Penrith in round two, has been selected at fullback against the Sharks and Farah said it was clear from his rise this season how the 19-year-old had benefitted from the World Cup. "I saw Adam here last year and then seeing him after the World Cup, he came back as a different player," Farah said. "It was a great experience for him.

"I got my chance when I was 18; if it wasn't for that Test I played there is no doubt I wouldn't be the player I am today so I'd love to see Lebanon play more regular games."

However, Lebanon recently withdrew from the June 23 Pacific Test against Papua New Guinea at Campbelltown Stadium after a proposed boycott by Australian-based stars in support of the country's domestic players.

"Before the World Cup we didn't know much about the players over there but then five of the boys came out here to train with us and share the experience with us," Farah said.

"We became really close friends with them, I caught up with them when I was over there and I guess as a playing group we are supporting how they are feeling."