Bookmark this
March 08, 2011 By Richard Adams (The Guardian) 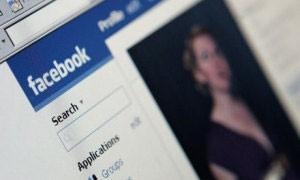 When Facebook gets involved, relationships can quickly fall apart – as Hosni Mubarak and Muammar Gaddafi have discovered. But dictatorships are not the only ties being dissolved by social networking sites: now Facebook is increasingly being blamed for undermining American marriages.

Even though the rate of divorce in the US has remained largely stable in recent years, American divorce lawyers and academics have joined Middle East analysts in picking out Facebook as a leading cause of relationship trouble, with American lawyers now demanding to see their clients' Facebook pages as a matter of course before the start of proceedings.

"We're coming across it more and more. One spouse connects online with someone they knew from school. The person is emotionally available and they start communicating through Facebook," said Dr Steven Kimmons, a clinical psychologist and marriage counsellor at Loyola University Medical Centre near Chicago.

Yet while the US media has been quick to trumpet any evidence of Facebook as the country's leading marriage-wrecker, the truth is "It's complicated," as the site's relationship status would have it.

A 2010 survey by the American Academy of Matrimonial Lawyers (AAML) found that four out of five lawyers reported an increasing number of divorce cases citing evidence derived from social networking sites in the past five years, with Facebook being the market leader.

Two-thirds of the lawyers surveyed said that Facebook was the "primary source" of evidence in divorce proceedings, while MySpace with 15% and Twitter with 5% lagged far behind.

Those statistics included not just evidence of infidelity but other legal battles, such as child custody cases in which parents deny using illicit drugs but boast of smoking marijuana on their Facebook pages.

Photographs harvested from social networking sites – including those posted by friends or colleagues on their own pages – are a particularly rich source of damning evidence, according to divorce lawyers.

"This sort of evidence has gone from nothing to a large percentage of my cases coming in," Linda Lea Vicken, a member of the divorce lawyers' group from South Dakota, told the Associated Press.

"If you publicly post any contradictions to previously made statements and promises, an estranged spouse will certainly be one of the first people to notice and make use of that evidence," said Moses.

Statistics for January from online analysts Nielsen showed 135 million people in the US visiting Facebook during the month – nearly 70% of the country's internet users. On average, users spent more than seven hours a month visiting the site, far longer than the less than half an hour spent on visits to Amazon or the average of two hours and 15 minutes on Google, America's most popular web destination.

The overall rate of divorce, however, appears to be unaffected by the advent of social networking. The most recent published data – from 2009 – shows the overall divorce rate declining, slightly more slowly than the shrinking percentage of Americans who get married every year.

A spokesperson for Facebook said: "It's ridiculous to suggest that Facebook leads to divorce. Whether you're breaking up or just getting together, Facebook is just a way to communicate, like letters, phone calls and emails. Facebook doesn't cause divorces, people do."
But given its popularity, it is little wonder that negotiating "Facebook divorce" status updates has become another unhappy event for failed romances, over when to launch the site's broken-heart icon out into the glare of the world's news feed.

This is so true and i think the number is increasing. That's in USA, how about Australia? any numbers?? I think in the Middle East the number is way moreeeee