CNN money: Beirut is #1 city in the world to invest

Despite all the trouble and ordeals Lebanon has been and is still going through, it always manages to stand in the top lists in the world. Sometimes best nightlife, others in science or education.
Lately a small bar in Batroun was in the top twenty bars to visit before you die.
Last good news about my beautiful country is the ranking as number one city in the top 12 Up-and-coming cities for the rich.

According to CNN, Forget New York, London and Hong Kong. These 12 cities should give wealthy investors the best returns over the next few years, according to Savills, Candy & Candy, and Deutsche Asset & Wealth Management.
Up-and-coming cities for the rich: 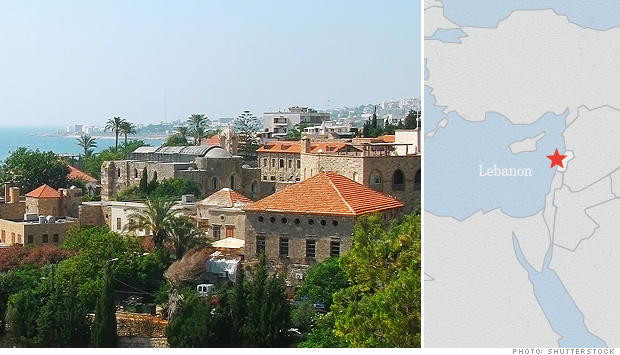 Despite its violent history, Beirut stands out as being an ideal place for adventurous investors, according to a new report from Savills World Research, Candy & Candy and Deutsche Asset & Wealth Management.

Yes, there has been some recent spillover from the ongoing Syrian conflict. But the Mediterranean coastal city is known for its culture and nightlife, which attracts a young population, said Yolande Barnes, director at Savills World Research. It’s also known as a regional financial hub. 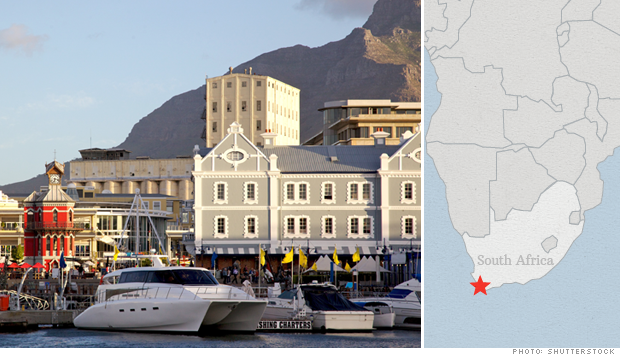 “Current market conditions are poor due to the weak rand, high inflation and high interest rates, but this means that bargain hunting is possible and the city looks cheap on an international scale,” said Barnes.

Cities where English is the first or second language also tend to be desirable among wealthy investors. English — being the global language for business — tends to enable more commercial activity, so Cape Town is well placed.

It also doesn’t hurt that the city is on the coast. A favorite pastime among locals is called “Sundowners,” which involves watching the sun set over the ocean with a drink in hand. 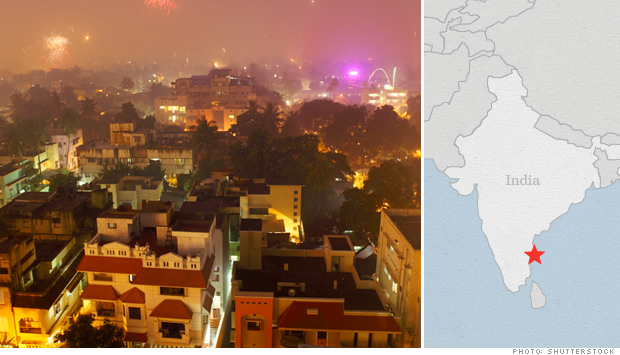 Chennai, formerly known as Madras, is one of India’s biggest metropolitan cities with a population of more than 4 million.

The coastal city is a hub for commerce in southern India and “has a diverse economic base, strong cultural life and arts [scene], including cinema and film production,” said Barnes.

It is also a magnet for ultra-high net worth individuals in the region.

Of the 12 cities on this list, Chennai offers the most affordable options for real estate investors. Two-bedroom apartments around the city can sell for as low as $40,000, while apartments in prime locations are priced around $160,000. The U.S. housing market is making a comeback, and investors interested in riding the wave can bet on Chicago real estate.

“Chicago’s growth is likely to be in line with the economic growth of the U.S. so it is an American recovery play,” said Barnes. “Residential prices are now beginning to recover but it still looks cheap in relation to world cities and offers high yields.”

The area is home to the headquarters of various multinationals including McDonald’s (MCD) and Exelon (EXC), and it’s also known for affluent suburbs where ultra-rich individuals live and play. If you’re looking for value, Dublin is the place to go.

The city was ravaged during the eurozone crisis and the real estate market took a nosedive.

But a recovery is now firmly in place.

“Property is still discounted and could be said to offer good value in the context of strengthening industry and growing employment,” said Barnes.

The city is moving to attract young people and technology companies. Google (GOOG) and Facebook (FB) both have large offices in the city. 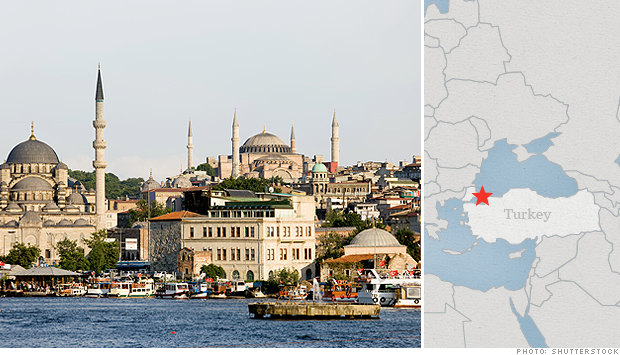 Turkey has received some bad press lately: a deadly mine disaster, anti-government protests, a corruption investigation. But that’s overshadowed the fact that the country, which straddles Europe and the Middle East, is becoming quite prosperous.

The country’s main stock market index has more than doubled in value over the past five years, unemployment has been falling and Turkey has surged up global rankings for competitiveness, attracting a growing number of multinational companies.

Throw in a young, vibrant atmosphere, bustling tourism and a rich history, and you’ve got a recipe for a possible housing boom. 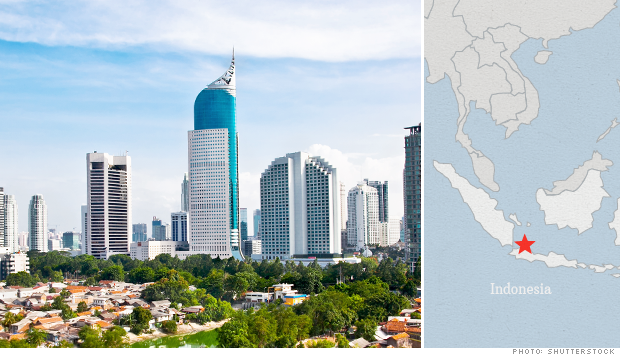 Jakarta is a major urban center that has seen real estate prices shoot up as the country’s economy flourishes. The city’s property market has benefited from demand from abroad and a middle class that’s increasingly affluent.

“Half the people in my building are Japanese because the Japanese are very interested in investing in Indonesia over the long term,” she said. “The sheer size and power of the city, fueled by oil and natural resources, points to real-estate growth,” she said. “But lifestyle, safety and quality of the housing product is still an issue.”

Indeed, the terrorist group Boko Haram seems intent on wreaking havoc across Nigeria, launching devastating bomb attacks and kidnapping school girls. Boko Haram hasn’t ever attacked Lagos, but the U.S. State Department recently warned that “groups associated with terrorism” may be planning to target a Sheraton Hotel in the area.

The makers of the Monopoly board game have also taken note of the city’s property market. In 2012, Monopoly released its first African city edition based on Lagos. 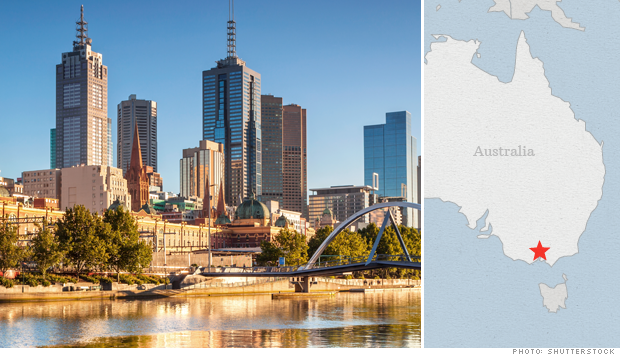 Melbourne, with its population of about 4.3 million people, has caught the attention of property experts.

It’s a highly developed, growing city that could act as a safe haven for real estate investors who are too nervous to put their money in emerging markets.

The government forecasts the city’s population will balloon to nearly 8 million by 2051 and builders will have to meet housing demand by constructing another 1.6 million dwellings. Miami was arguably the epicenter of America’s property bubble in 2008, with prices crashing hard during the financial crisis. But now high-end properties in prime locations have seen prices bounce back to peak levels and residential real estate across the city is rebounding.

Barnes said that if she could buy real estate anywhere right now, she would invest in Miami, noting that property in non-prime locations provides the best opportunity for capital growth.

The Miami market is also supported by demand from rich South Americans who want to invest in U.S. real estate, giving investors indirect exposure to the South American market. Panama is a major beneficiary of globalization, with the country sitting between North and South America and trade routes between the Atlantic and Pacific oceans.

“Panama is forecast to be one of the fastest growing economies in Latin America in the coming years and is uniquely placed to reflect the growth of world trade as all types of shipping pass through its famous canal,” said Barnes.

As the country’s economy grows, Panama City has seen new hotels and restaurants crop up. Property investors are taking notice.

Barnes said the city is especially attractive for people looking to buy a place and then rent it out, predicting smart landlords could see annual returns in excess of 8% a year.

“Demand for rental property should remain strong given the likely strength of the economy and number of people coming to the city to work,” she said. Tel Aviv’s thriving tech scene and young, educated population have helped the city prosper over the years. Most of the population is fluent in English, making it an easy place to do business.

The city is considered a cultural hub with plenty of museums, a hopping night life and a beautiful Mediterranean coast.

But that’s pushed up real estate prices across the city. Tel Aviv is the most expensive city on this list.

“Tel Aviv displays a large number of the characteristics we have identified as boding well for residential property markets,” said Barnes. “Even its UNESCO world heritage site status mark it out as a typical ‘rising second-tier’ world city.”