Charbel: Arrest Warrants Will Be Issued against All Who Made Statements of Incitement against Army 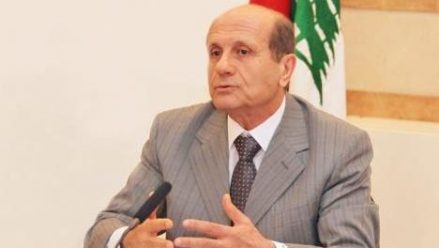 Caretaker Interior Minister Marwan Charbel stressed on Tuesday that arrest warrants will be issued against all gunmen involved in the clashes in the southern city of Sidon, vowing that justice will take its course in this issue.

Charbel said: “Arrest warrants will be issued against individuals who attacked the army and made statements of incitement against it.”

He made his remarks after a sub-security council meeting at the Sidon Serail to tackle the clashes that rocked the city on Sunday and Monday.

“The security agencies must preserve the army's accomplishment of restoring peace in Sidon,” he continued.

“I hope that all sides, including political leaders, would cooperate in order to maintain the peace,” declared the minister.

“The blood of the martyrs will not go in vain,” vowed Charbel.

In addition, he noted that the army's accomplishment in Sidon has left its mark throughout the areas that witnessed tensions, remarking that calm has been restored in the northern city of Tripoli.

He credited the Internal Security Forces and various security agencies for regaining calm in Lebanon.

“We hope that this calm will continue and that all sides will derive lessons from the recent clashes,” he stated.

He then headed to the Abra area in Sidon where the main battles between the army and Salafist cleric Sheikh Ahmed al-Asir took place.

He hoped before reporters at Abra that the heated political rhetoric in Lebanon would subside in light of the clashes.

At least 16 soldiers were killed and 50 were wounded in two days of clashes with the armed supporters of the cleric in the southern city.

More than 20 of Asir's supporters were killed, according to a security official.

Dozens of them were also arrested, but there was no sign of the cleric.

Tensions were high in Beirut and Tripoli over the clashes that took place on Sunday and Monday, but calm has since been restored.