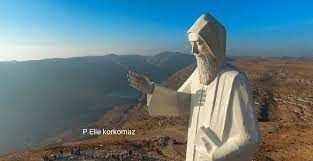 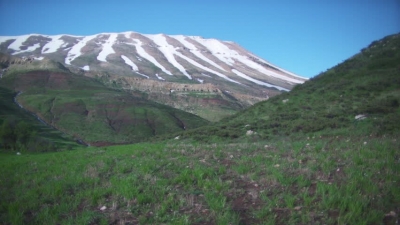 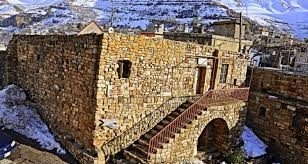 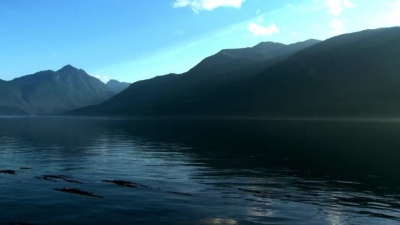 Bekaa Kafra  بقاع كفرا‎ is a Lebanese village located in the Bsharri District in Northern Lebanon. Bekaa Kafra is located in front of the village of Bsharri across the Kadisha Valley. It is the birth town of Saint Charbel. Bekaa Kafra has an altitude ranging from 1500 m to 1800 m at its highest point, making it and officially the highest village in Lebanon and Middle-East.

The name Bekaa Kafra comes from the Syriac and means "Flat spot" and the village that has a municipal council.

Bekaa Kafra has a Mediterranean climate with warm, dry summers and cold, snowy winters. It is cold in winter for two reasons: Its location in Northern Lebanon, and its high altitude. Temperatures in winter average around 0 °C and can reach -10 °C to -20 °C. Temperatures in summer average around 21 °C, but they may reach 28 °C to 30 °C in July and August, but can also drop to as low as 6 °C at night. Snow in winter can accumulate up to 3 meters and occasionally more.

The residents of Bekaa Kafra consider it as the highest village in Lebanon and the Middle East, because is rises 1650 m in average. Many encyclopedias also state Bekaa Kafra as the highest Lebanese village. the village of Ainata rises 1620 meters in average, and has a population of 1100. There are also two remote villages, Tfail in the Baalbek District at 1660 m, and Souaki in the Miniyeh-Danniyeh District at 1670 m. But both are very small villages, and the village of Souaki is very rarely mentioned in references. So one can say that the villages of Ainata and Bekaa Kafra are virtually the two highest villages in Lebanon and the Middle East. Elevation indicator in Google Earth maps confirms this information.