Beirut is home to the world’s No. 8 best restaurant 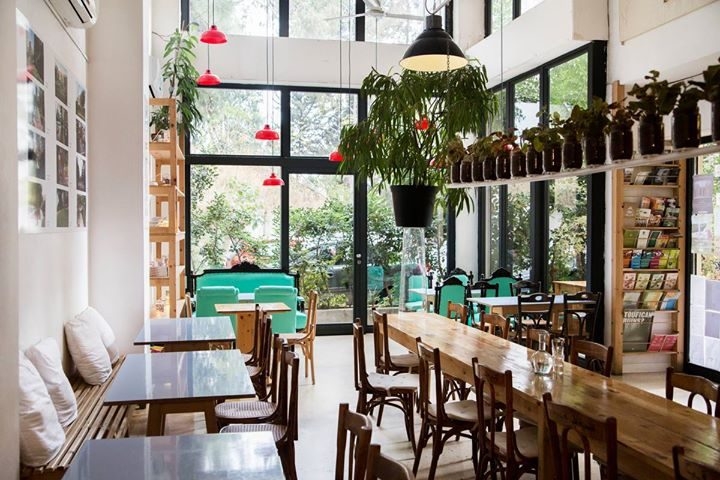 Monocle magazine’s annual Restaurant Awards are out and the only restaurant in the Middle East to be selected among the world’s top 50 is Lebanon’s acclaimed lunchtime eatery Tawlet, which got an impressive ranking as No. 8 in the world.

The prestigious London-based magazine has its own criteria for what makes a good restaurant, looking for no-frills gems that celebrate simple, honest food and the art of hospitality; places where you’ll have memorable meals, and find yourself regularly coming back for seconds.

The beautifully simple Tawlet, which means “table” in Arabic, in the heart of Beirut’s trendy Mar Mikhael district is open only for lunch, and prides itself in being community-driven and rooted in local culture.

Its chefs are women, many of whom have cooked meals for their families in their villages for years, and are now sharing their years of cooking experience with daily visitors. The restaurant is open from 1-4 pm daily on weekdays, and serves brunch on Saturdays from noon till 4 p.m.

Each day’s menu varies as one chosen chef prepares a buffet of traditional dishes. Most of the women are Lebanese, but there have been more and more additions from neighboring countries and other cultures. As the restaurant’s website explains: “Every day a different cook from a different area tells us the story and the traditions of a region of Lebanon through food.”

Founder and owner Kamal Mouzawak has been using food to bring people together for years, first with a local weekly producers-only farmer’s market called Souk el Tayeb that was launched in 2004, and later with Tawlet, which opened in 2009. Today, a second branch of Tawlet is also open in Ammiq, in Lebanon’s picturesque Bekaa Valley.

To Mouzawak, these are not just farmers markets and restaurants, it is a wider human development project. Not only is the food at the restaurants delicious, wholesome and top quality, Tawlet also creates a special connection between hungry patrons and the women that cook for them. Customers get to know each chef, where she is from, and her story. Their lunch is no longer a simple commodity, but a meal with meaning, something that was created by a person they know.

Mouzwak told StepFeed that “[Monocle] have been supporting us for a very long time, since the beginning. I didn’t know about the award at all. It’s their own selection and I was very surprised to receive it.”

He continued to say, “We are very, very excited and happy about [the award] and we are celebrating next Friday with what we call an ‘All Cooks Day’,” a special lunch with many of the Tawlet cooks.

Host with the most

Beirut is a city where food is central to almost everything, from family to business. Kamal Mouzawak is without doubt an extraordinary man who has used food to bring people together in an even bigger way: across the country’s sectarian lines. He founded the city’s first farmers’ market, Souk el Tayeb, mixing everyone together from Druze to Sunni. Then he launched Tawlet, where every day different cooks bring produce to life in dishes that introduce you to local specialities that you’d be hard pressed to find in any other restaurant. The results are extraordinary.