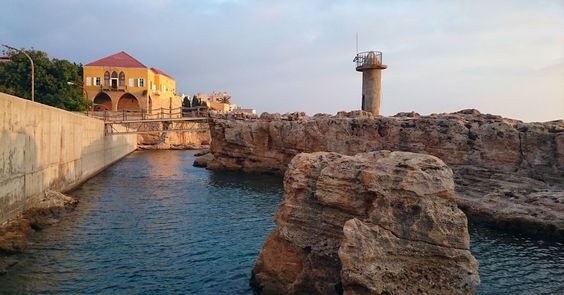 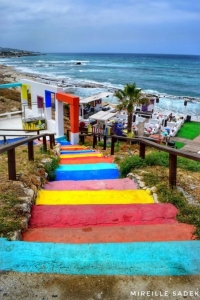 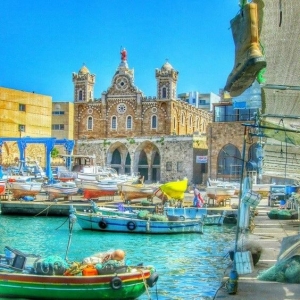 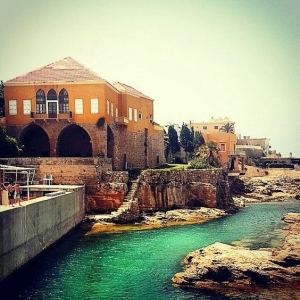 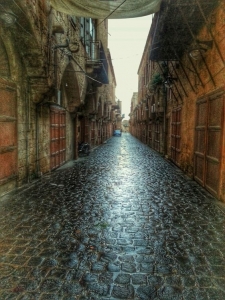 Batroun (Arabic: البترون‎ al-Batrun; Aramaic: בתרון‎ Bitron) is a coastal city in northern Lebanon and one of the oldest cities in the world. It is the capital city of Batroun District.

The name Batroun derives from the Arabic al-Batroun, itself from the Greek, Botrys (also spelled Bothrys), which was later Latinized to Botrus. Historians believe that the Greek name of the town originates from the Phoenician word, bater, which means to cut and it refers to the maritime wall that the Phoenicians built in the sea to protect them from tidal waves. Other historians[who?] believe that the name of the town is derivative of the Phoenician words, beit truna, which translates to house of the chief.

Batroun is a major tourist destination in North Lebanon. The town boasts historic Roman Catholicism and Greek Orthodox churches. The town is also a major beach resort (knowing that batroun is one of the cleanest rock and pebble beaches in Lebanon) with a vibrant nightlife that includes pubs and nightclubs. Citrus groves surround Batroun, and the town has been famous (from the early twentieth century) for its fresh lemonade sold at the cafés and restaurants on its main street. In 2009, the Batroun International Festival was born. It started hosting leading local and international artists. The festival takes place usually in July and/or August of each year in the old harbor area.

The people of Batroun are mainly Maronite, Melkite and Greek Orthodox Christians. Batroun is a Roman Catholic (Latin rite)

Batroun is likely the "Batruna" mentioned in the Amarna letters dating to the 14th
century B.C. Batroun was mentioned by the ancient geographers Strabo, Pliny, Ptolemy, Stephanus Byzantius, and Hierocles. Theophanes called the city "Bostrys."

The Phoenicians founded Batroun on the southern side of the promontory called in Antiquity, Theoprosopon and during the Byzantine Empire, Cape Lithoprosopon. Batroun is said to have been founded by Ithobaal I (Ethbaal), king of Tyre, whose daughter Jezabel (897-866 B.C.) married Ahab.

The city was under Roman rule to Phoenicia Prima province, and later after the region was Christianized became a suffragan of the Patriarchate of Antioch.

In 551, Batroun was destroyed by an earthquake, which also caused mudslides and made the Cape Lithoprosopon crack. Historians believe that Batroun's large natural harbor was
formed during the earthquake.

Three Greek Orthodox bishops are known to have come from Batroun: Porphyrius in 451, Elias about 512 and Stephen in 553 (Lequien, II, 827). According to a Greek Notitia episcopatuum, the Greek Orthodox See has existed in Batroun since the tenth century when the city was then called Petrounion. After the Muslim conquests of the region, the name was Arabicized to Batroun.

One of Batroun's medieval archaeological sites is the Crusader citadel of Mousaylaha which is constructed on an isolated massive rock with steep sides protruding in the middle of a plain surrounded by mountains.

Under Ottoman rule, Batroun was the centre of a caza in the mutessariflik of Lebanon and the seat of a Maronite diocese, suffragan to the Maronite patriarchate. Since 1999 it has been the seat of the Maronite eparchy.