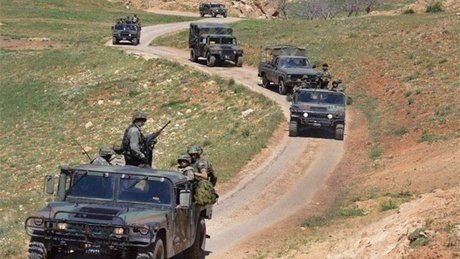 The army was on Sunday firing heavy artillery at the posts of the jihadist Islamic State group in the outskirts of the eastern border towns of Ras Baalbek and al-Fakiha, the National News Agency said.

“The sounds of shelling are echoing across all towns in northern Bekaa,” NNA said.

The army also seized control of the al-Zunnar Fort, which separates between Wadi Hmayyed and the Shbib area in the northern outskirts of Arsal, the sources said.

“The Dhalil al-Aqraa Hill is one of the most important hills that overlook IS’ outposts,” the sources noted.

The army has hoisted Lebanese flags on the two posts, amid “ongoing heavy clashes” and army troops were scouring the area, LBCI said.

The operation involved artillery shelling of IS’ outposts, the TV network added.

The army has intensified its shelling of the jihadist group’s posts in recent days amid reports that an army operation to oust IS from the border region has become imminent.

The developments follow a Hizbullah offensive that ended the presence of the jihadist al-Nusra Front group in Arsal’s outskirts.