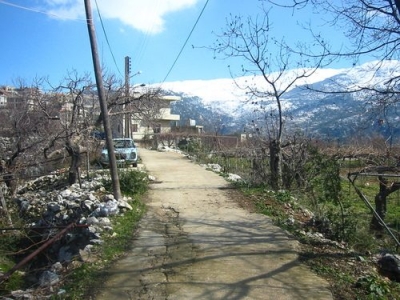 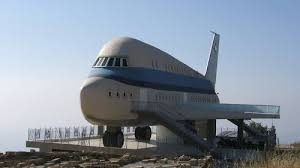 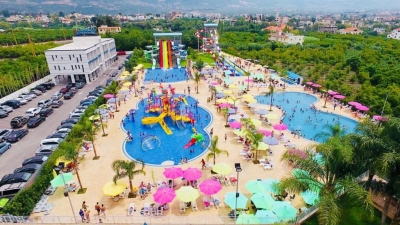 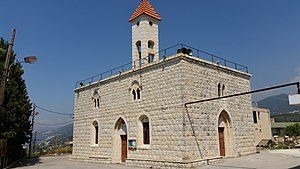 Ardeh is a village in Zgharta District, in the Northern Governorate of Lebanon. Ardeh (also known in pre-Christian times as Ardata).

It is an ancient and historic town that was known during the 14th century B.C. as "Ardata".

The "Tal" (hill) of Ardeh is an artificial one enfolding ruins of ancient edifices. During the 1970s the Lebanese Directorate of Archeology started archeological diggings in Ardeh and discovered important artifacts.

Location
The village is 84 km from Beirut, 10 km from Tripoli and 4 km from Zgharta.

Harf Ardeh
A small village that is a significant part of Ardeh community that shares some of the families with Ardeh. The number of registered in this community has increased significally in the past 4 decades because many persons moved in from the District of Dannieh. In 1998 there were 1220 registered persons (963 registered in 1988), 30% of them are emigrants.Haref Ardeh is a small village that is enriched with lot of social activities that distinguishes it with all its surroundings and well known by its scouts organization and its music band as well as many other sports and religious organizations.

Agriculture
Olives, oranges, grapes, tobacco, fruits and vegetables are grown in the area.

Education
The school in Ardeh was present before World War I and teaching was done by the priests. Among them were Yowakim Fadlallah, Youssef Shedid and Elias Awkar. In the 1930s, the Lazarists assisted the school. In 1947, the school became and still sponsored by the Maronite Archdiocese. Today there are 12 teachers and 300 students in this elementary and complementary school. The government opened a public school in 1960, it is still active today.