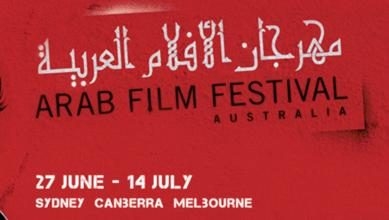 ARAB STORIES OF LOVE AND WAR COME TO AUSTRALIAN SCREENS

The 10th Arab Film Festival Australia will share the stories and culture of the Arab world with the Australian audience with an impressive program of six feature films and five short films from 10 countries. The festival will run from 27 June to 14 July 2013, opening in Sydney then followed by a tour to Canberra and Melbourne.

The Arab Film Festival Australia reveals the fascinating resurgence of Arab filmmaking and storytelling in the 21st Century, providing an international platform for filmmakers to share incredible Arab experiences and address misrepresentations of Arab peoples and cultures by creating critical spaces via engaging narratives. With Arabic language as the second-most spoken language in NSW, this event is a cultural powerhouse full of amazing stories and cross-cultural experiences.

The 2013 festival features a powerful line-up of films created within the last few years by Arab filmmakers from all over the world responding to global events and attitudes. Festival Co-director Fadia Abboud says, “The Arab world has been rocked by change and this is what is inspiring and fuelling the new stories we will be seeing on the big screen.”

The festival opening night will feature the Australian premiere of the Egyptian film, AFTER THE BATTLE by renowned director, Yousry Nasrallah. This exploration of the aftermath of the Battle of the Camels in 2011 in which the Egyptian government carried out attacks on protesters reacting to the announcement that Mubarak would not be leaving Egypt. The film follows the storylines of three characters in different class situations, and Nasrallah’s work often deals with leftism, fundamentalism and ex-patriation. This film explores some controversial and dark ideas within its stunning, poetic style.

The Festival is also privileged to host SLEEPLESS NIGHTS, a moving documentary that tells the war stories of a Lebanese militia and a mother longing for her missing son. It explores the amnesia of the Lebanese civil war through the lens of a subjective documentary style, bringing a sense of spontaneity, emotion, humanity and intimacy to this difficult and confronting topic. It is intended to disturb audiences by calling to their attention the destructive cycles of violence that Lebanon’s recurring civil conflict has wrought upon its population.

SANCTITY is a rare Saudi Arabian film, which has already toured to the Berlin International Film Festival in February 2013, and was awarded the Development Award at Doha Tribeca Film Festival in November 2012. It tells the heart-wrenching story of Areej, a pregnant Saudi widow, who will endure anything to protect her unborn child. The film’s strange stillness is the work of Ahd, who also appears as the mother character in WADJDA, the first feature-length film ever made by a female Saudi director.

The festival also includes a free forum discussing Arab male masculinity on screen. Festival Co-director Mouna Zaylah agrees that gender politics are a driving force in Arab cinema. “The cultural landscape in the Arab world is changing for societies and also for individuals – Arab women are standing up and being heard while the Arab man is questioning everything he ever believed,” she says. The free forum will address this topic with special guests on 30 June at Riverside Theatres, Parramatta.

The Arab Film Festival Australia will launch at the Riverside Theatres, Parramatta, before touring to Melbourne and Canberra.

Fadia Abboud is a filmmaker and cultural producer, combining community cultural development practices and digital media. Most recently she wrote and directed “I Luv U But…” a web-based series that has recently been nominated at the Beirut Social Media Awards in the most Engaging Youtube Channel category.

Previous works includes “I Remember 1948”, a documentary that was screened on SBS in 2008 and two short dramas, “In the Ladies Lounge”, and “Big Trouble, Little Fish”. Abboud represents the Arab Film Festival Australia by attending the Dubai International Film Festival each year and participating in industry networking events.

Abboud has worked on a range of screen-based initiatives at Information and Cultural Exchange (ICE) for over nine years. She has been Co-Director of Arab Film Festival Australia since 2007.

Mouna Zaylah is a project manager and cultural producer. She has worked on a range of projects producing theatre, film, music, performance and cultural events for artists, communities and organizations for over 18 years.

Zaylah has worked at Information and Cultural Exchange (ICE) for over 12 years in various capacities and is currently the Manager of CCD and Artistic Programs. She is also the Co-Director of Arab Film Festival Australia (2007-current). 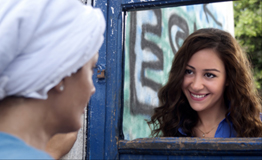 Set in the highly charged political atmosphere of today’s Cairo, a tale of a young middle-class woman activist and her reckless entanglement with a lower-class horsemen who’s been struggling to make a living in the tourist trade around the pyramids. Over the next few months, the pair develop an intense friendship born partly of romantic attraction but mostly out of a fascination with each other’s way of life and view of the world. ‘After the Battle’ mixes a main thrust of densely-packed drama with news footage, sometimes segueing from one to another with the intention of seamlessness. 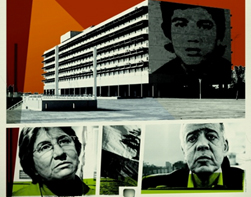 An emotional documentary which focuses on two powerful characters, Assaad Shaftair and Maryam Saiidi. Shaftair is an ex-high ranking Lebanese official responsible for a multitude of deaths, and Saiidi is a mother who wants answers about her 15-year-old son who went missing during the war. When the two meet face to face, questions are raised about war wounds and whether redemption and forgiveness are ever possible. 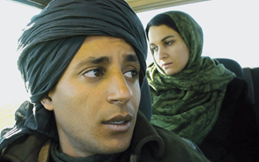 Set during the ‘black decade’ of the late 1990s. The Repentant follows Rashid, a Jihadist who leaves the mountains to surrender his weapon on the promise of a government amnesty. But the wounds of war never heal, whether it's the man that accuses Rachid of murdering his family or for the estranged couple whose daughter was murdered by Islamists

IN MY MOTHER'S ARMS

A heart wrenching documentary which follows Husham, who works tirelessly to help the forgotten children whose parents have been killed or kidnapped. Husham brings them to the two-room safe dwelling he runs in the city’s most dangerous district, Al-Sadr City. But when the landlord gives him and the boys just two weeks to vacate, a desperate search ensues as the only sanctuary these children have ever known is about to be lost.

A WORLD NOT OURS

An estimated 300,000 Palestinian refugees live in Lebanon in appalling social and economic conditions. Danish director Fleifel presents the life of three generations in Ain al- Hilweh, the Palestinian refugee camp in south Lebanon where he grew up. More than 70,000 people have lived there for over 60 years in one square kilometre. Filmed over more than 20 years by multiple generations of the same family, this film is more than just a family portrait; it is an attempt to record what is being forgotten.

A story of Mustapha, a working class-hairdresser in Casablanca trying to beat the system in devious ways in order to support himself and his mother. Mustapha helps his neighbour, Zakia, get a visa to join her fiancé in Spain. But Mustapha has long fallen in love with Zakia and seeks to win her over with a letter, even though he is illiterate. Rough Hands is not just a romance but a story of the pursuit of mundane aspirations, such as the basic need to secure employment.

This bold story is about a woman defying social custom and trying to establish a friendship with a man in a community that insists on gender segregation. 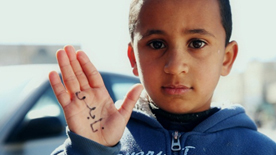 An uplifting film of 10-year-old Hamoudi is totally obsessed with football. He’s lost one leg, but that doesn’t stop him playing football, until he’s sacked from the team for letting one too many balls through. But just like the rest of the world, he and his friends are eagerly looking forward to the Champions League final FC-Barcelona vs. Manchester United and the long-awaited clash between Messi and Ronaldo. But then Hamoudi's television breaks down! 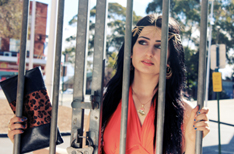 Abu Nawas St, in the centre of Baghdad, is famous for being a secret rendezvous for lovers in front of the Tigris, and for its sculptures of Shahryār and Scheherazade, the king and the storyteller. But the statues disappeared after war and were forced out, like so many other Iraqis, to live in exile. Abu Nawas Kingdom is a tale about Scheherazade as she searches for Shahryār in her new home, Australia.

A couple's mission to send a photograph to their son in London should be an easy task, but when the wife refuses to go to the studio, the photographer has to think of innovative ways to capture the perfect shot. Unfortunately, something keeps getting in the way.