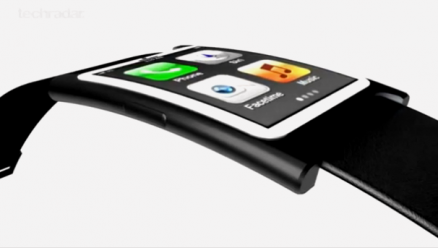 APPLE has reportedly started hiring a team of experts to help it take the iWatch from a much-rumoured product to a reality.

The Financial Times is reporting Apple has been "aggressively" hiring in the past few weeks to bring on board experts in wearable technology.

In recent weeks, Apple has made applications around the world to trademark the name iWatch and hired Paul Deneve, the former chief executive of fashion house Yves Saint Laurent who will be working on "special projects" and reporting to Apple chief executive Tim Cook.

The newspaper report said hiring experts in taking the iWatch from an idea to product indicated that the iWatch would not be ready to be released onto the market until the latter half of next year.

Many analysts predicted 2013 to be the "year of the iWatch".

The long rumoured device is tipped to have a curved glass face and work in synch with other Apple devices such as the iPhone.

It could display notifications of emails and social network messages, weather and news headlines.

Some experts predict it would be likely to have fitness monitoring features, tapping into the booming market of fitness gadgets and apps, monitoring heart rate and sleep patterns.

Either independently or through the link to the iPhone, it could map the route runners follow, showing their heart rate, distance travelled and pace.

Siri is likely to be the key to the iWatch, letting people send messages through voice control or activate apps on their iPhone or iPad which could be used to do everything from open Apple Maps to turning the lights on as you drive into your driveway.