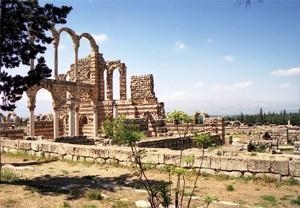 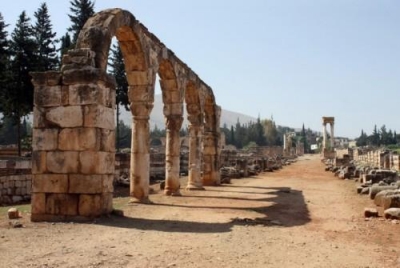 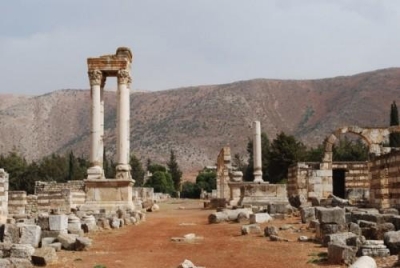 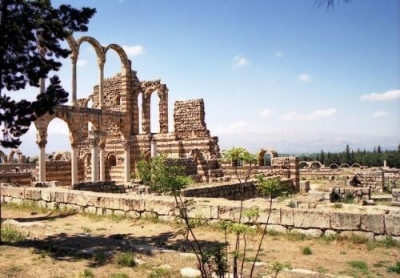 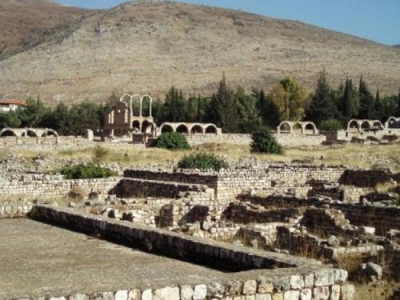 Anjar (Arabic: عنجر‎‎, meaning "unresolved or the running river"), also known as Haoush Mousa (Arabic: حوش موسى‎ / Ḥawsh Mūsá), is a town of Lebanon located in the Bekaa Valley. Some assume Anjar means unresolved in Armenian; however the name is coming from the Arabic meaning, which is the running river. The population is about 2,400, consisting almost entirely of Armenians. The total area of its territory is about twenty square kilometers (7.7 square miles). In the summer, the population swells to 3,500, as members of the Armenian diaspora return to visit there.

Anjar was resettled in 1939 with several thousand Armenian refugees from the Musa Dagh area of Turkey. Its six neighborhoods are named after the six villages of Musa Dagh. The refugees were aided by the French government.

The Armenian Evangelical Church of Anjar is in operation to serve Anjar's small Armenian Evamgelical community. Very notably the Protestant community had its secondary school. The school started in 1948 by Sister Hedwig Aienshanslin as part of her missionary work in Anjar. In 1953, the school, which had already become an intermediate school, was promoted into a secondary school. It has day classes as well as boarding faciliies for students from other regions who stay there throughout the winter.

Formerly known as Gerrha, a stronghold built by Umayyad Caliph Al-Walid ibn Abdel Malek in the 8th century, the site was later abandoned, leaving a number of well-preserved ruins. (The present-day name derives from Arabic Ayn Gerrha, or "source of Gerrha".) The famous Umayyad ruins are now a World Heritage Site.


Anjar during the Lebanese Civil War

The Syrian Army chose it as one of its main military bases in the Beqaa Valley and more disturbingly in the eyes of most Lebanese as the headquarters of its feared intelligence services. The Syrians have since then withdrawn from the town. This has caused great economic hardships for the people of Anjar. During the civil war Komandan and his allies were instramental in the defence of the town against any arab disturbance.

The people of Anjar are eager to make their town a major Lebanese tourist attraction once again. It has been made more difficult because of the widespread fear of the Middle East by most Westerners.