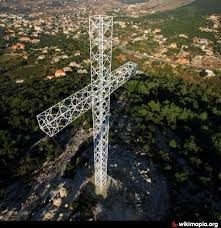 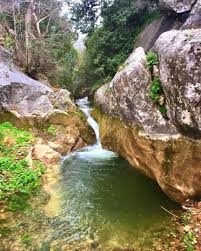 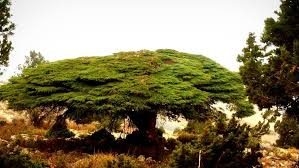 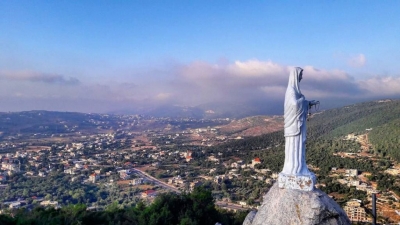 Al Qoubaiyat القبيات is the biggest Christian village in Akkar Governorate, Lebanon. Its population is mostly composed of Maronites numbering around 12,000 persons according to the civil state registers. It is usually full with people during summer but a few stay during the winter. The village's challenging terrain and snowy winters supported the creation of an active Off Road driving community and an ATV group.

The origin of the name "Al Qoubaiyat" is Aramaic. The word "Qbayya" means the big pool of water, and "Qbayyat" is the plural of it. That region was called "Qbayyat" for being rich in water sources.

Al Qoubaiyat is located at the northeast of the Lebanese republic. 95 km (59.03 mi) to the North of the Lebanese capital Beirut. It is limited at the west by the village "Akkar el Attika", at the East by the line which separates the two districts of Akkar (North) and the Hermel Bekaa. It spreads along 70 km2 almost. Its limits are:

During the 17th century the name of Al Qoubaiyat began to appear in the documents of the legislative court in Tripoli as being the biggest village in Akkar paying the taxes of engagement. Its History is that of the "fertile valley" at very time and place; in other words, it has been a center of attraction for the people who desired a stability based upon agriculture, and according to this principle was born the civilization. One of the French consuls in Lebanon "Ducousso" described it in 1912 by the following words: "These valleys are fascinating by their surprising fertility". This is how Kobayat has been for a long time the residence of several peoples. Its ruins are the witness of its ancient people: cemeteries from the age of iron and copper (3000 years BC). It is located on the silk road, between East and West Asia through the Mediterranean, towards Rome, the capital of the ancient world. A Phoenician and pagan altar in front of "St.Chahlo" church, Phoenician, Greek and Roman pieces of currency at "Ghassalet" church and "Chahlo", Roman tombs in every parts, as well as two luxurious Roman ruins are all witnesses of the great prosperity in the Roman age during the first centuries of Christianity: The first is the temple of the God "Ban", in Helsban Saint Valley, transformed in a church baptized under the name of st. Artimos-Challita. The second is one majestic castles to chouita, witness of the events of the omeyade-Byzantine duel in Orient. A third witness, is the convent of Mar Doumit of the Carmelite Fathers on the hill; considerable thanks to its vast place, to its subsisting bases and to the found jars.

Al Saydé church in Kobayat
Educational Institutions: Public A kindergarten, an elementary and intermediate, a high school, a teachers college and a public training school which is still under construction. Private A kindergarten, an elementary and intermediate school for the Carmelite Fathers (Ecole Mar Doumit des Pères Carmes), a kindergarten and an elementary school for the Sisters of Charity (ND Paix), a private training school and a nursery school belonging to the hospital of Sayidat Al Salam of the antonine Maronite sisters. Civil Institutions: An agricultural cooperative, three groups of the Scouts Of Lebanon, two groups of the Guides Of Lebanon, an environment council, Caritas center and a public library established by the municipality. Private medical institutions: The hospital of Sayidat Al Salam, for the Sisters of Saint Anthony, the dispensary of Malta’s knights, many Pharmacies and various clinics specialized in all medical fields. Agriculture: The cultivation of mulberry was prosperous in Kobayat. But it disappeared and the mulberry was replaced by fruitful trees (vine, apple, pear, cherry and especially olive trees.). Then appeared the cultivation of tobacco, vegetables and grains. There are also several poultry farms, few flocks of sheep and goats and some fisheries