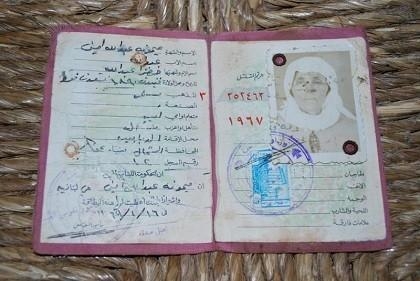 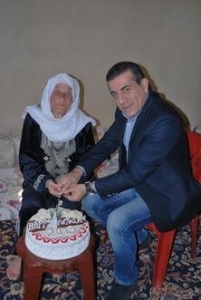 Amin, who hails from the Akkar town of Fnaidiq, was born in 1890, but she claims to have been born years before.

She said that she has never had any serious medical issues, only seeking a doctor when she suffered from Glaucoma.

She enjoys a a strong memory and avoids fatty foods, opting instead for vegetables and dairy products.

Amin never smoked and is in constantly active throughout her residence in al-Dababiyeh in Akkar, reported NNA.

She lives with her son, Hassan, in a very modest house, where she welcomes various visitors who seek to make the acquaintance of the 122-year-old.

She laments however the state's negligence of the elderly in Lebanon, asking: “Why hasn't the Social Affairs Ministry catered to my needs?”

“Am I not the oldest person in Lebanon and the world?” she wondered.

He revealed that he is still working despite his old age in order to make a living for them, adding that he is certain that his mother is the oldest living person in the world.

The NNA noted that Akkar is renowned for people who live passed a hundred years.