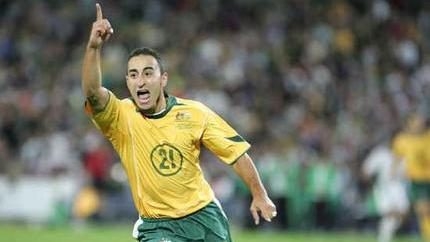 Ahmad Elrich (born 30 May 1981 in Sydney) is a former Australian football (soccer) midfielder.

He is of Lebanese descent and is the older brother of Adelaide United player Tarek Elrich.

Ahmad began his professional career at the Parramatta Eagles, his home club. Ahmed was born just West of the club's home ground.

At the end of his first season with the Eagles he toured Lebanon with a team of Lebanese-Australians. He was offered a contract with Nejmeh SC in Beirut but declined in favour of returning to Australia.

Returning to Australia he signed with new NSL club Parramatta Power in the clubs inaugural squad. Ahmed cemented a first-team spot as a free-flowing winger here, including a memorable 2003-04 season where he was one of the league's leading assist getters, and played in the Grand Final at just 22. His time at the Parramatta Power was cut short, as the club and NSL met its demise.

He then moved to South Korean side Busan I'cons. After a protracted contract dispute that saw him on the sidelines for five months, Ahmed made his move to the English Premier League.

Elrich signed a 3-year deal with Fulham FC in the Summer of 2005 from K-League club Busan I'cons. He was loaned out to FC Lyn Oslo from April to May 2006.

After signing for Fulham FC and making his debut against Liverpool FC, in a Premier League match, Elrich's first team appearances were few and far between, but despite signing a 3-year contract in 2006, his future at Fulham looked in doubt after not being given a squad number for the 2007-08 season and Fulham confirmed Elrich's departure on 4 September 2007.

He represented Australia at the 2004 Summer Olympics. His inactivity for Fulham FC was seen as the key factor in him not being selected for the Australian World Cup squad.

On 6 September 2006, Elrich suffered a serious knee injury whilst playing for Australia in an Asian Cup qualifier against Kuwait.

Yes he was an outstanding player! Nshalla we have more players like him.