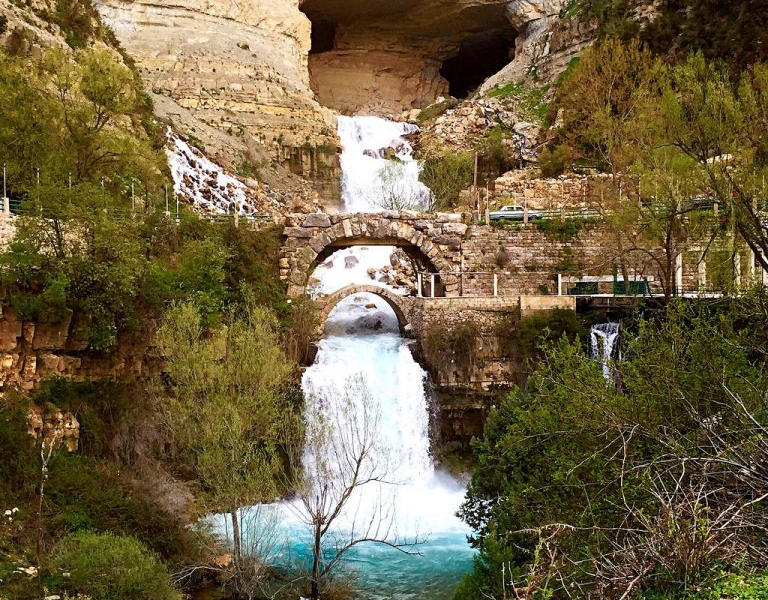 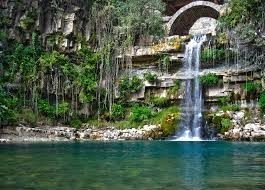 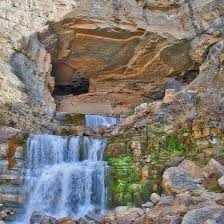 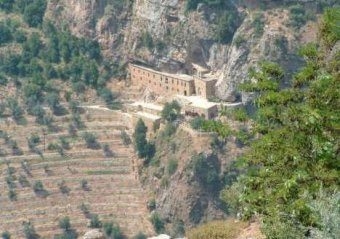 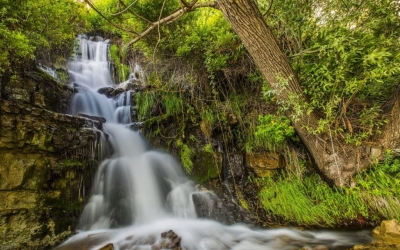 Overview
Afqa is a village and municipality located in the Jbeil District of the Mount Lebanon Governorate, 71 kilometres northeast of Beirut in Lebanon. It has an average elevation of 1,200 meters above sea level and a total land area of 934 hectares. Its inhabitants are predominantly Shia Muslims.

The waterfall at Afqa is the source for the River Adonis and is located on a 600-foot (180 m) bluff that forms an immense natural amphitheatre. The river emerges from a large limestone cave in the cliff wall which stores and channels water from the melted snow of the mountains before releasing it into springs and streams below. At Afqa, several watery threads flow from the cave to form numerous cataracts, a scene of great beauty. The cave has over two miles (three km) of known passageways inside. A great and ancient temple is located here, where ritual prostitution was practicised until the time of Constantine. Sir James Frazer attributes its construction to the legendary forebear of King Cinyras, who was said to have founded a sanctuary for Aphrodite (i.e. Astarte). Reconstructed on grander scale in Hellenistic times, then destroyed by the Emperor Constantine the Great in the fourth century, it was partially rebuilt by the later fourth-century emperor, Julian the Apostate. The site was finally abandoned during the reign of Theodosius I. Massive hewn blocks and a fine column of Syenite granite still mark the site, on a terrace facing the source of the river. The remains of a Roman aqueduct that carried the waters of the River Adonis to the ancient inhabitants of Jebail are also located here. Edward Robinson and Eli Smith camped at the site in 1852, merely remarking on its "shapeless ruins" and the difficulty of transport of two massive columns of Syenite granite. . Sir James Frazer describes the village at Afqa in his 1922 book, The Golden Bough as "...the miserable village which still bears the name of Afqa at the head of the wild, romantic, wooded gorge of the Adonis. The hamlet stands among groves of noble walnut-trees on the brink of the lyn. A little way off the river rushes from a cavern at the foot of a mighty amphitheatre of towering cliffs to plunge in a series of cascades into the awful depths of the glen. The deeper it descends, the ranker and denser grows the vegetation, which, sprouting from the crannies and fissures of the rocks, spreads a green veil over the roaring or murmuring stream in the tremendous chasm below. There is something delicious, almost intoxicating, in the freshness of these tumbling waters, in the sweetness and purity of the mountain air, in the vivid green of the vegetation.

Also in the fertile valley surrounding the river, millions of scarlet anemones bloom. Known as Adonis' flowers, according to legend, they spring from his blood, spilled as he lay dying beneath the trees at Afqa, and return each year in remembrance.