A third of Lebanon firms face requests for bribes 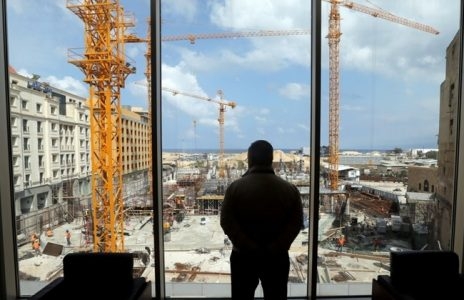 BEIRUT: The World Bank’s Enterprise Survey on bribery in public institutions and administrations shows that 19.2 percent of firms operating Lebanon experience at least one bribe payment request when applying for an electricity license, a water connection, a construction permit, an import or operating license, or when meeting with tax officials. The percentage of firms that face bribe payment requests in Lebanon is the 50th highest among 135 countries globally and the fifth highest among 11 countries in the Middle East & North Africa (MENA) region.

In addition, the survey noted that 61.4 percent of surveyed firms in Lebanon identified corruption as a major constraint to their operations, compared to 35.2 percent of firms globally and 53.2 percent of firms in the MENA region who shared the same opinion, as reported by Lebanon This Week, the economic publication of the Byblos Bank Group.

Globally, the percentage of firms that face bribe payment requests in Lebanon is similar to that in Togo (19.1 percent of firms), higher than in Algeria and Montenegro (18.8 percent each) and in Ghana (18.7 percent), and lower than in Tanzania (20.8 percent), Albania (19.5 percent) and Côte d’Ivoire and Jamaica (19.3 percent each).

Also, the share of firms that face bribe payment requests in Lebanon is lower than that in Syria (69.6 percent), Yemen (64.3 percent), and Iraq and Morocco (37.3 percent each) in the MENA region. In comparison, 18.1 percent of firms around the world and 24 percent of companies in the MENA region experience at least one bribe payment request when dealing with utilities access, permits, licenses and taxes.

The survey captures the prevalence of different types of bribery among countries worldwide. The World Bank said bribery occurs when businesses require making unofficial payments or gifts to “get things done.” The results are based on surveys of business owners and top managers of more than 130,000 firms worldwide. The sample in Lebanon covered 561 firms that include 264 micro- and small-sized enterprises, 207 medium-sized firms and 90 large companies.

The survey indicated that 41.8 percent of firms operating in Lebanon expect to give gifts or make informal payments in order to get a construction permit and 17.3 percent of firms expect to do the same to acquire an electricity connection.

In addition, the survey showed that 14.6 percent of firms operating in Lebanon expect to give gifts or make informal payments during meetings with tax officials, the 48th highest percentage globally and the sixth highest regionally.

Further, the survey showed that 20.9 percent of firms in Lebanon give gifts or make informal payments to public officials to “get things done” with regard to customs, taxes, licenses, regulations and services, relative to 19.7 percent of firms globally and 18.7 percent of companies regionally.

Also, the survey pointed out that 30.2 percent of firms in Lebanon give gifts or make informal payments to public officials to secure a government contract, the 62nd highest percentage globally.